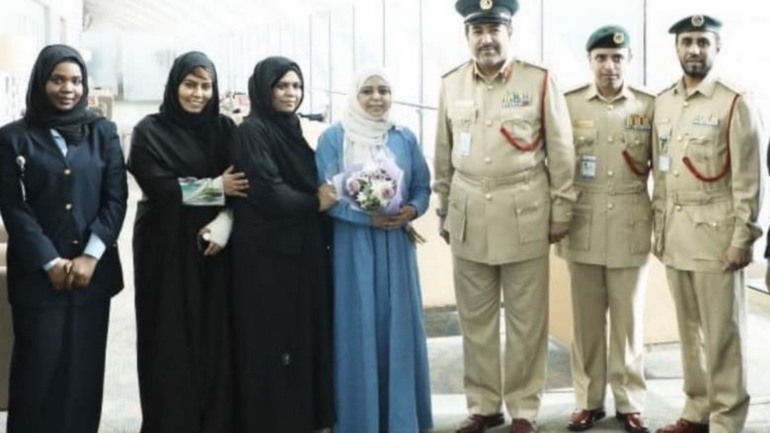 Nothing like meeting your mom and the moment only becomes extra special if you are seeing her after 33 long years. Yes, that’s the story of a mother-daughter duo who were reunited at the Dubai airport after 33 years. Thanks to the Dubai police and the airport authorities!

The story travels back to several years when the father and mother parted ways and the father took away his 4 daughters with him. The eldest one was six years old at that time. Ever since then, the mother made several attempts to get in touch and meet her children, but in vain.

The children grew up and got married, while their mother got married and moved to the UAE. However, she kept her hunt on and one fine day she could traced her eldest daughter. Taken by surprise and shock, the mother and daughter decided to meet and luck favored them. The daughter had to travel to India via Dubai on a medical emergency.

The authorities at first hesitated, but later obliged with the woman’s plead. With a dated photograph of her daughter and officials closely monitoring the Cctv of terminal 3, the mother-daughter were finally able to reunite after a 3-hour long search. What a moment that must have been!

The mother-daughter duo thanked the officials for their incredible efforts. Hats off to our Dubai police and airport officials!