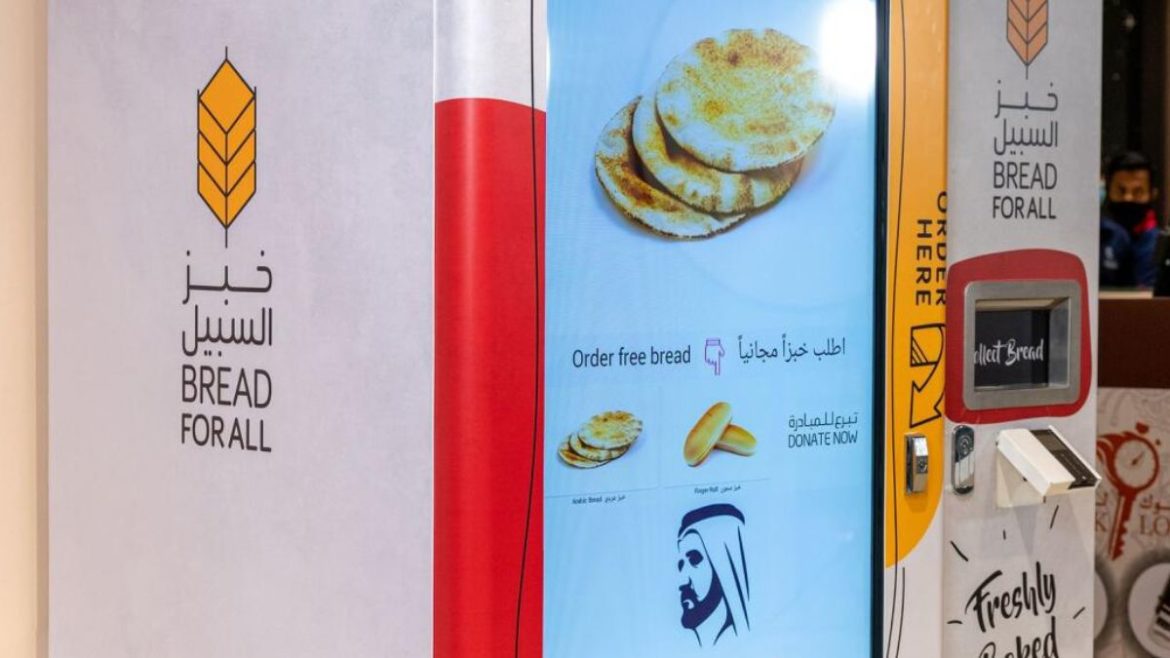 Dubai and its residents are quite famous for their charity. Sheikh Mohammed has been curating multiple campaigns and initiatives for the welfare of its population. His free food campaigns called 1Billion meals were super successful. And now, there is a vending machine full of free bread for the needy placed at Dubai supermarkets. This bread for all vending machine campaign is involved in the Mohammed Bin Rashid Al Maktoum Global Initiatives.

Free Bread For All Vending Machine In Dubai

The ruler of Dubai during the initial phase of Dubai announced that he wouldn’t let anyone sleep hungry in the city. His initiatives are all on the path to eliminating hunger issues in the country.

This bread for all vending machine serves as an excellent example of a creative community foundation. Everyone will be able to take part, building a broad charitable movement. This will strengthen the sense of camaraderie amongst various social groups. The bread for all vending machines will be at Al Mizhar, Al Warqa’a, Mirdif, Nad Al Sheba, Nadd Al Hamar, Al Qouz, and Al Bada’a branches.

Through the use of intelligent equipment installed in various shops, the digital effort intends to give those in need access to fresh bread. The pre-programmed machines produce bread and offer it gratis as part of a contemporary and long-lasting charitable work concept. It’s a simple step process to receive bread. Just press the order button and wait for a few mins for the bread to prepare and dispense.

Now You Can Also Be A Part Of This Social Cause

The neighbourhood gets a chance to support the first project of its sort to use the idea of temporary community funding. The programme assists low-income households and workers in receiving their daily bread.  Donors can make a direct donation through the device that bakes and distributes the bread.