Emirates Plane Flew For 14…
Travelling From UAE To Pakistan?…
Malayalam Actor Mohanlal Fulfils Wish…
You Can Now Travel In… 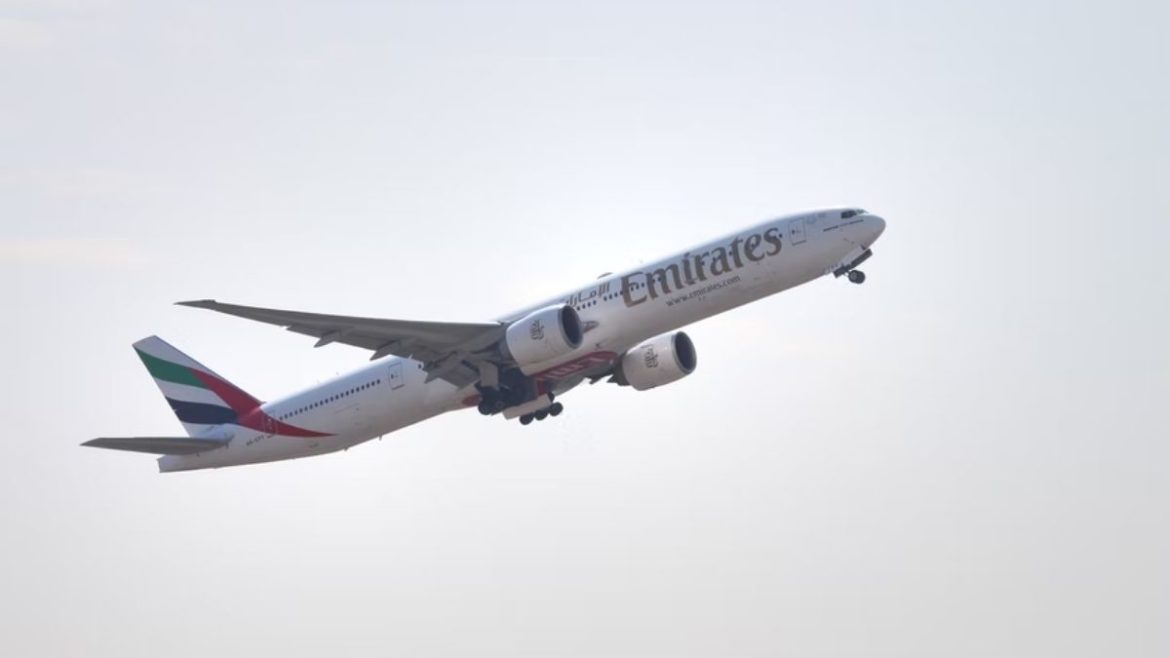 According to reports, an Emirates jet with a sizable hole in its side flew for 14 hours before successfully landing in Brisbane, Australia. On July 1, the incident happened on board flight EK450, which departs from Dubai and landed safely in Brisbane. Fortunately, no one was hurt throughout the flight.

One In a Million Case

To their astonishment, the flight nonetheless managed to take off despite the aircraft’s damage. In a subsequent statement, Emirates Airlines clarifies that the hole was made when one of the 22 tyres of the Airbus A380 ruptured while the aircraft was in the air. However, the airline company said that the EK430 jet was able to make it to its destination on time.

The occurrence was “very exceptional,” according to aviation expert Dr Johannes Boroh, a former commercial pilot and senior professor in aviation studies at Kingston University in London. It’s probably a case of one in a million. We don’t often see anything like that, she said.

Emirates flight From Dubai to BRISBANE landed with a hole pic.twitter.com/yNjC78qYou

Emergency Landing of The Emirates Plane

On landing, the crew reportedly requested emergency assistance from the air traffic controllers since they were aware of the damage. On social media, several users expressed surprise at how safely the jet proceeded following an accident. In contrast, others questioned why the crew chose to take the risk after seeing a problem. Meanwhile, Emirates highlighted that the pilots never had any influence on the aircraft’s fuselage, frame, or structure. Therefore the flight carried on from that point.

Also Read: Get A Free Entry To Burj Khalifa With Your Emirates Flight Ticket