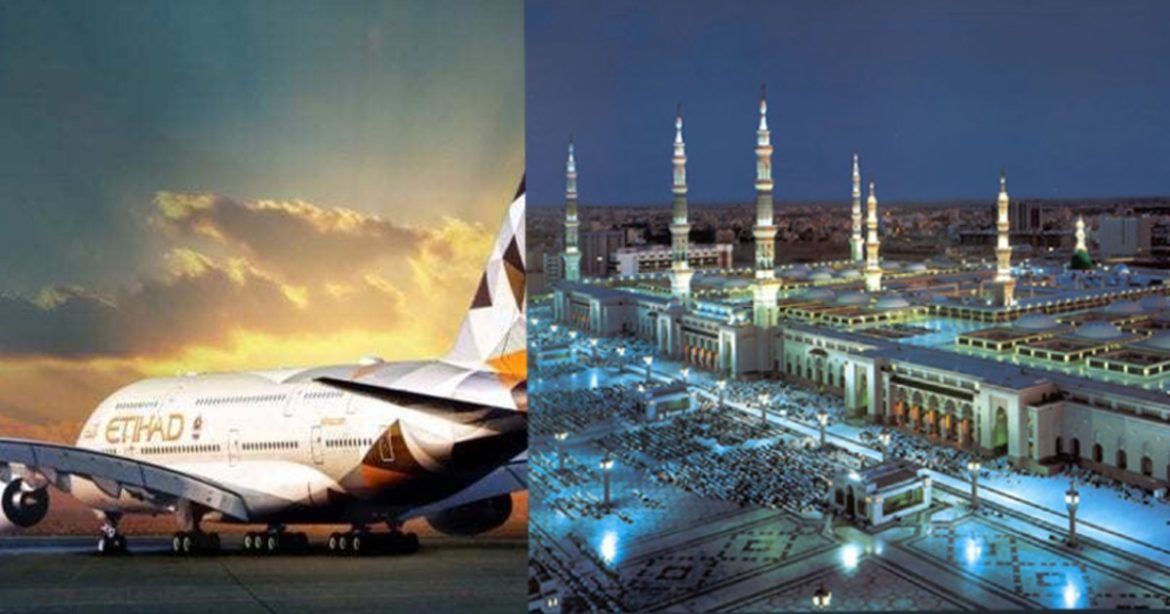 Because of operational concerns, Etihad Airways has cancelled flights between Abu Dhabi and Medina (Saudi Arabia) until March 28. Travellers planning to fly from the UAE capital to the kingdom’s sacred city will be unable to do so. The airline has suspended flights between the two cities until the end of March. According to a source for the UAE’s national airline, the decision came into effect due to “operational considerations.”

Where is Medina Situated?

Madinah is a three-hour flight from Abu Dhabi. It’s located in the Hejaz area of western Saudi Arabia. The city has the Prophet Mohammed’s Mosque and burial site, making it a significant pilgrimage destination for Muslims.

Also Read: Saudi Arabia Might Cancel Hajj Pilgrimage To Mecca After 222 Years Due To Coronavirus

What If Passengers Have Already Booked Their Flights?

Rebooking and reimbursements are available for passengers who booked flight tickets for the route through a travel agent. The airline also apologised for any difficulty the operational modification may have caused guests. Etihad has quoted an apology for passengers wanting to travel to Abu Dhabi and Medina.

‘Etihad regrets to advise that passenger services between Abu Dhabi and Madinah, called off until 28 March 2022, due to operational reasons. Our teams are actively reaching out to affected travellers to provide them with alternative travel options or full refunds.

Which Countries Are Exempted From Entering Saudi Arabia?

The following is a comprehensive alert for Abu Dhabi-Madinah flights: Covid-19 passenger safety measures, including exceptions for Saudi citizens:

You must schedule institutional quarantine for a period of five days if you are a Saudi national. Or in case you qualify for an exemption. You must have spent the previous 14 days in one of the above-banned countries. That would be regardless of your vaccination status.

If you are a Saudi national, you can visit the country.

Australia Has Lifted All Testing Requirements For Vaccinated...

Teenagers And College-Goers Are Getting A Chance To...

Travelling This Season? Make Sure You Have These...