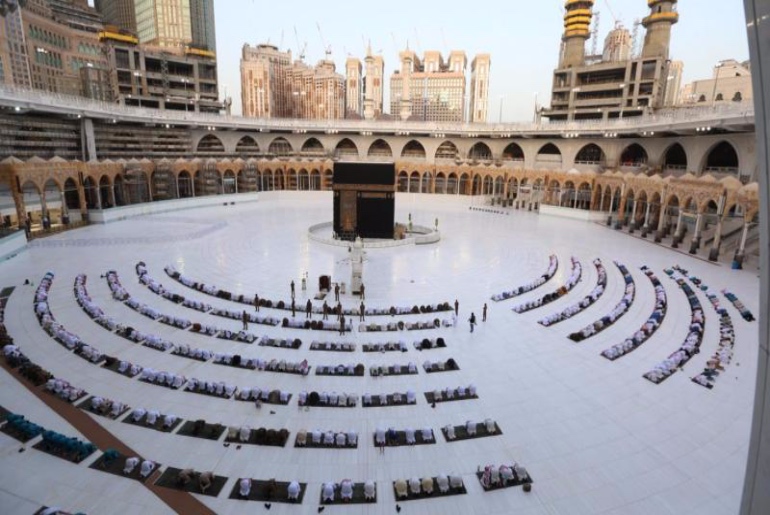 On another note, Saudi’s New Luxury Airport Is Designed To Look Like A Mirage. Seen it yet? Meanwhile, take a look at the 10 Worst Airports In The World.

The Kindgom of Saudi Arabia has banned gatherings and meetings during the Hajj this year, in order to curb the spread of the virus. In line with this, the kingdom has put a cap in the number of domestic pilgrims attending the Hajj. The number of pilgrims visiting Hajj this year has been reduced to 1,000.

Hajj sites at Mina, Muzdalifah and Arafat will be accessible only to those with Hajj permits, for pilgrims and organisers, from July 19 until August 2, 2020. In addition, for the first time, Muslims abroad will not permitted to take part in the pilgrimage. The UAE Hajj Affairs Office (HAO) announced that the country will not participate in this year’s Haj. The decision was made in coordination with the Saudi Ministry of Haj and Umrah.

Saudi pilgrims will be selected from among healthcare workers and security personnel who have recovered from Covid. This is done as a token of appreciation for healthcare workers who have provided tireless care during the pandemic. The new rules also makes it mandatory that foreign residents in Saudi Arabia who want to participate in this year’s pilgrimage should be between the ages of 20 and 50, and that have not performed the hajj before.

Pilgrims will be permitted to drink the holy water from the Zamzam well in Mecca. However, this will be pre-packed in plastic bottles. Similarly, pebbles that are usually picked up by pilgrims along hajj routes, will now be sterilized and handed over to worshippers at the time of arrival.

All pilgrims must quarantine before and after the hajj and will be also be tested for Covid. Those eligible have until Friday, 10 July  to submit an application through the kingdom’s Hajj Ministry’s website. Meanwhile, did you know This Is The World’s Only Place To Be Unaffected And Immune To Coronavirus?

1. Pilgrims will not be allowed to touch the Kaaba

2. Worshippers must keep a minimum distance of one and a half metres from one another during mass prayers and while performing tawaf

3. All visitors and staff must wear facemask at all times

4. Pilgrims must bring their own prayer mat and rug

5. All pilgrims must sleep in tents that follow guidelines on social distancing

Meanwhile, did you know This Is The World’s Only Place To Be Unaffected And Immune To Coronavirus.