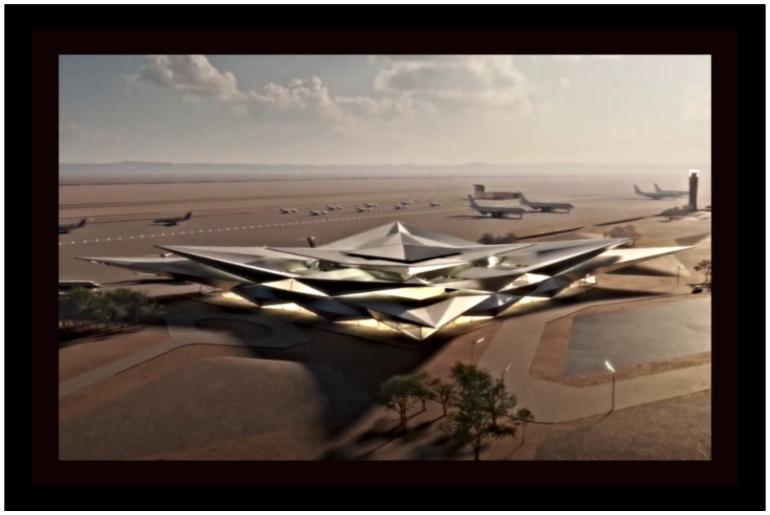 Amaala, Saudi Arabia’s luxury tourist destination has unveiled plans for an international airport. The design looks like an optical illusion, much like a mirage in the desert. UK-based architectural and design firm Foster + Partners, is the brain behind the brand new look. The airport is expected to be completed in 2023 and will cater over 1 million travellers per year. Meanwhile, take a look at the 10 Worst Airports In The World.

Travellers landing into the airport will witness a glimmering land art, that looks like a mirage in the desert. The entrance will boast a one-of-its-kind mirrored structure, which is inspired from its surrounding. Therefore, the whole thing gives a mirage effect. The airport will also have a spacious courtyard decked with unique artwork.

Among the many luxury amenities, the airport will also have climate-controlled hangars, to park private jets. Gerard Evenden, senior executive partner of Foster + Partners, said: “Responding to the surrounding landscape, the terminal building will form an exclusive gateway to the Amaala resort. The passenger experience through the entire building will be akin to a private members club — luxurious and relaxing.”

On that note, did you know The World’s Tallest Indoor Waterfall Is Now Open In Changi Airport?

Amaala is a mean project along the Red Sea, in the Tabuk province. The luxury tourism destination is billed as the ‘Riviera of the Middle East’. Once completed, the new destination will feature 2,500 hotel rooms and 700 private villas. In addition, Amaala will also boast an academy for arts. The whole property is divided into three areas:

1. Triple Bay: Set against a backdrop of soaring mountains, sparkling seas and a coastline of breathtaking coral reefs, Triple Bay is a place for wellness, sports and rejuvenation for body, mind and soul. 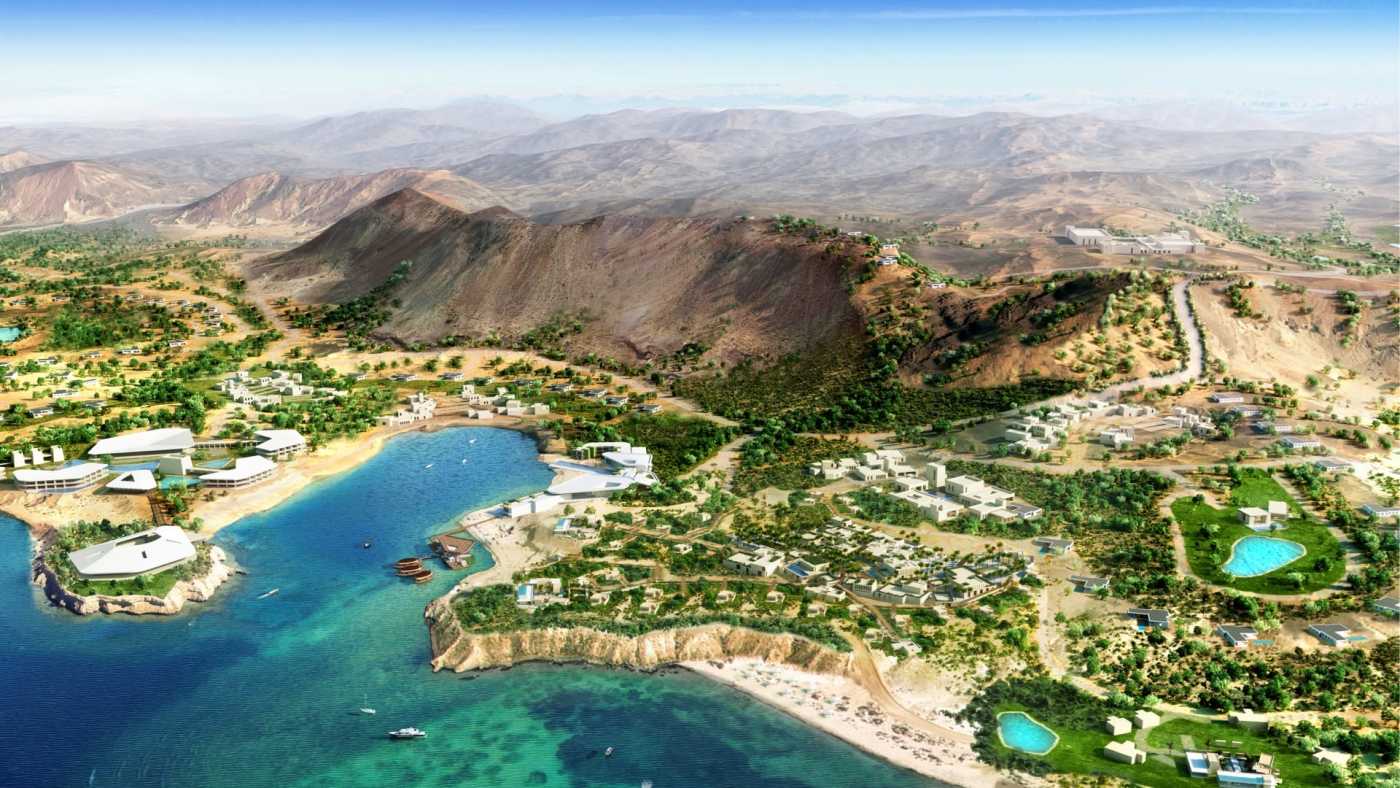 2. The Island: This will provide a peaceful enclave for luxurious residences. In addition, it will also have an Arts Village and an Arts Park.

3. The Coastal Development: This will be the arts and culture hub of the area. The coastline will be a gathering place for a community of influencers and connoisseurs, featuring a contemporary arts museum and cultural district, to become the epicentre of the arts in the Middle East. 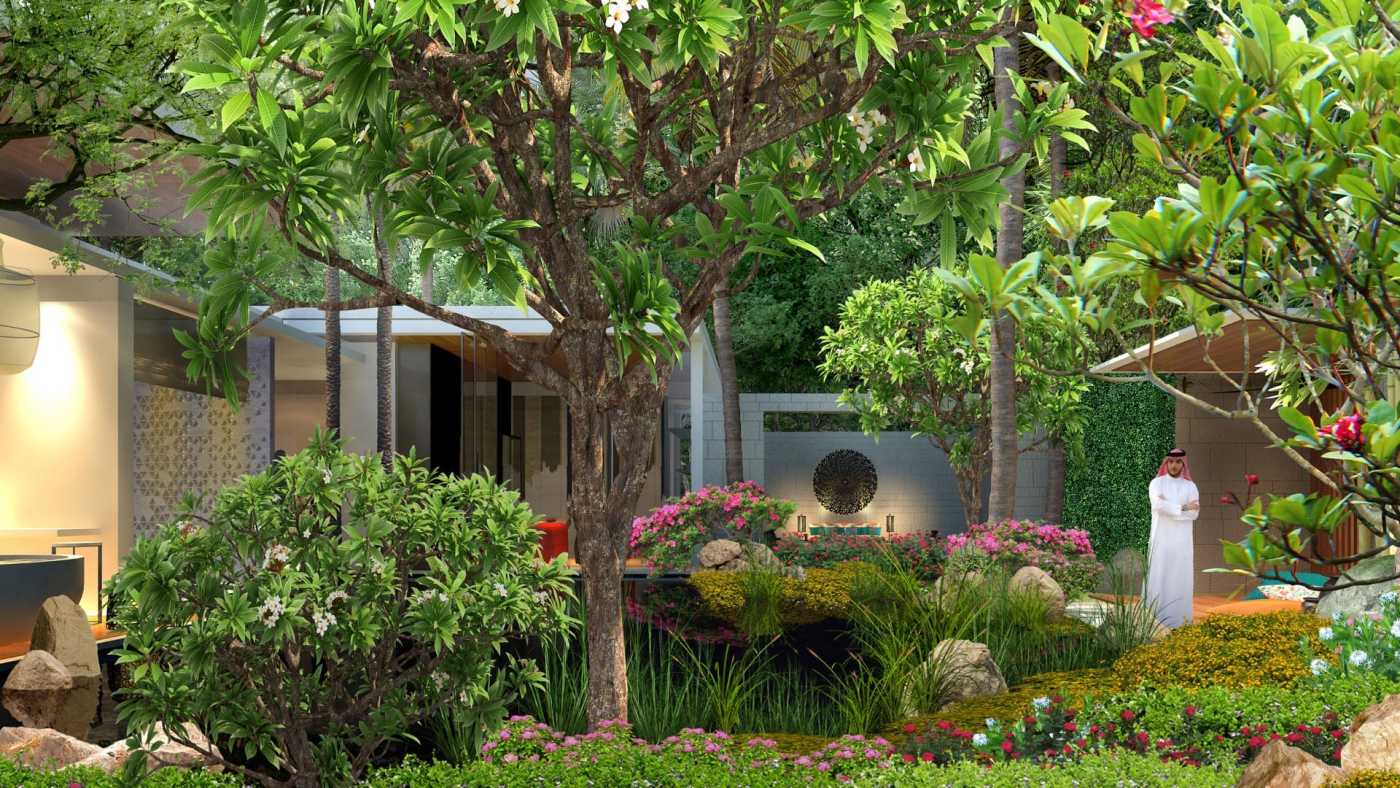 Saudi Arabia Confirms Hajj To Be Held This Year

In other news, Saudi Arabia confirmed that Hajj pilgrimage will be held this year. However, only a small number of residents will be allowed to perform Hajj. Saudis, and expatriate residents from various nationalities can perform the Haj rituals this year. The decision comes as a precautionary measure to avoid crowds. Meanwhile, did you know This Is The World’s Only Place To Be Unaffected And Immune To Coronavirus. The pilgrimage it scheduled to take place in late July this year. It is one of the largest gatherings with 2.5 million pilgrims visiting the holiest sites of Islam in Mecca and Medina.

The Hajj is an annual Islamic pilgrimage to Mecca, the holiest city for Muslims. This mandatory religious duty for Muslims that must be carried out at least once in their lifetime by all adult Muslims. A literal translation of the word Hajj means “heading to a place for the sake of visiting”. This journey symbolizes stripping away every social hierarchy and being one with all the Muslims brethren.

However, the UAE Hajj Affairs Office (HAO) announced that it will not participate in this year’s Haj. The decision was made in coordination with the Saudi Ministry of Haj and Umrah.