Experience The Charm Of This Spanish Mosque In Hyderabad 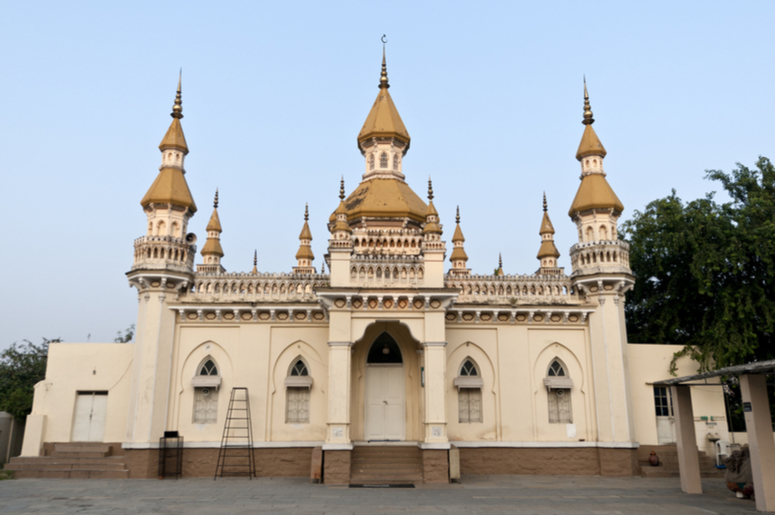 Visit the Spanish Mosque in Hyderabad that showcases a rare Moorish architecture, a kind of Islamic architecture with Roman influences.

The mosque is also known as Jama Masjid Iqbal-ud-Doula after it was commisioned by the Paigah Nawab Viqar-ul-Umra Iqbal-ud-Doula. The Paigahs were an aristocratic family of the princely state of Hyderabad, which also means ‘Right hand man‘.

Nawab Viqar-ul-Umra Iqbal-ud-Doula, the maternal grandson of the third Nizam, built the Spanish Mosque in the year 1900.

Also read: Head To This Newly Opened Restaurant To Try The Best Cocktails In Hyderabad The mosque boasts a sprawling courtyard, minarets, and prayer rooms that are connected with french windows. The mosque is heavily influenced by the Roman architecture dotting a Spanish hybrid architecture in a ‘Moorish’ style derived from the Iberian peninsula.

This came after Iqbal-ud-Doula made a trip to the foreign lands of Europe and came across a certain architecture that influenced him and carried photographs to re-invent the style back in his homeland.

The mosque is located near James Street and its sheer beauty can be seen from far off. The minarets highlight the octagonal spires, the central one topped by a crescent. You can enter the building through a porch where you’ll see the French windows topped by oval pointed arches in the style of Cordoba mosque. It also won the award for INTACH Heritage Award for Unusual Architectural Style.