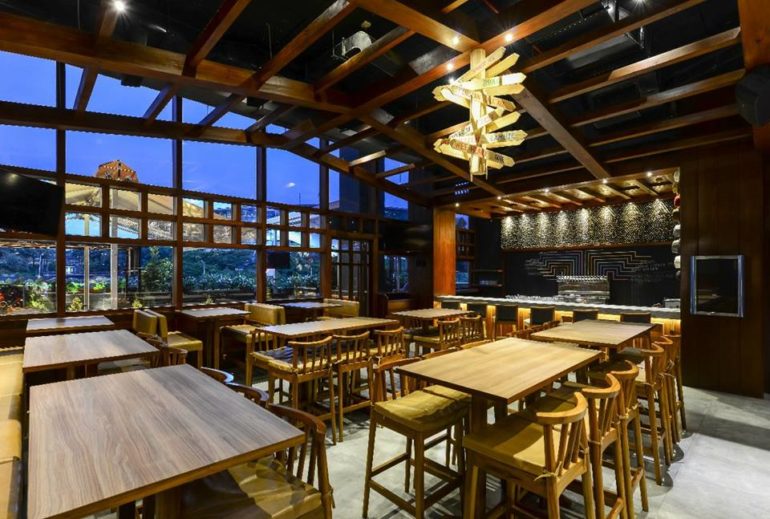 Effingut Brewerkz in Baner, Koregaon Park and Kharadi is famous for its craft beer and it is taking over the city one beer lover at a time.

Beer lovers from all over the city are gathering at Effingut Brewerkz every weekend to taste some craft beer. Started by Manu Gulati in 2014, their main aim is to bring the passion of beer and experimenting with new tastes together. Currently, they have an amazing variety of beer and food laid on the platter to serve the guests.

The first two Brewerkz were opened up in Koregaon Park and Baner, and their newest branch has opened up in Kharadi after much success of the previous ones. Also read: 5 Boozing Spots In Pune For When Your Wallet’s In A Crunch

Effingut Brewerkz has managed to create 8-10 types of craft beer and all of them taste completely different from the rest. The entire range of beer is freshly brewed and served to the guests with no preservatives or chemicals added. If you’re into light beer, try out the Mango Chili Cider with its Mango-berry flavor or the sweet Apple Cider. You can even opt for the Caramel Ale or Honey Head. Moving to the darker side is the Ginger Ale, English Bitter, Hefeweizen and last but definitely the one that tops the list, IPA. They also have a few seasonal beers that you can try but their availability only lasts until the season does. 8 types of craft beer ranging from light to bitter

Along with that, they have a zeal to serve the best food items that would go along with the beer for their guests. Try some finger food along with your drinks like the masala fries, potato wedges, thai chili mushrooms or nachos. They also have an array of soups that you can indulge in. You could even dive in straight with vegetarian or non-vegetarian appetizers. Their main course includes pastas, oriental style items, North Indian items including biryani and curries.

Also read: Get Your Funk On At Pune’s Most Chilled Out Resto-Bar This microbrewery is the place to be if you’re a beer-o-holic. Effingut Brewerkz offers great ambiance and free WiFi for all the guests. Along with that, it has gigs and performances on a regular basis but also some smashing music on rest of the nights. Effingut Brewerkz promises a good time and some craft beer