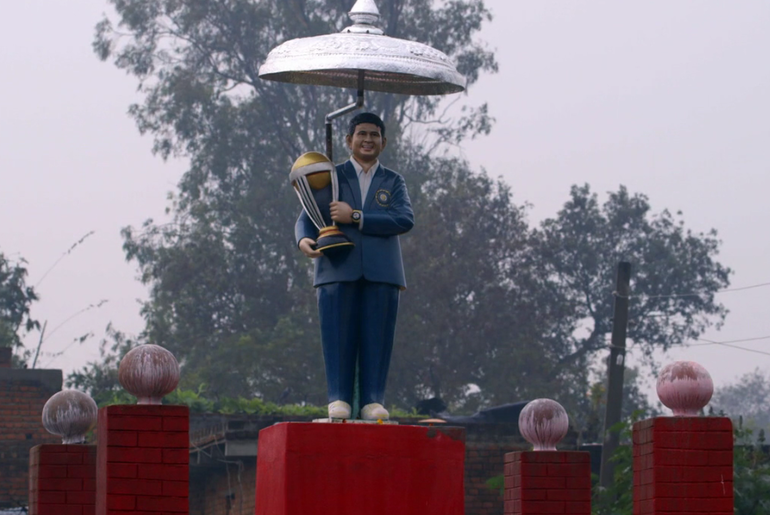 For the love of cricket and their favourite idol, fans show their love and devotion at this temple built for Sachin Tendulkar in Bihar.

A life-sized statue resides in the grounds of Kaimur district where fans evoke their feelings of love and devotion where they come to worship their ‘God of Cricket’ at this temple in Bihar.

As part of a small gesture, it is an incarnation of God in the world of cricket for his tremendous contribution and recognition he brought down upon the nation with his achievements on the fields of cricket and in his career.

The decision to elevate the statue was made by the Bhojpuri actor and singer, Manoj Tiwari who declares himself as a true fan. The statue was embodied amid the chanting of Vedic prayers in Atarwalia, the village of Manoj Tiwari in Kaimur district.

Also read: The Kal Bhairav Temple In Ujjain Has A Deity That Only Drinks Liquor The white marble statue is enrobed in the official blue jersey of the Indian national cricket team which weighs around 850kgs. The statue was crafted at Rajasthan’s Nathdwara at the cost of ₹ 8.5 lakh and has been installed on a 10-feet high brick platform which makes it visible from a distance and reflects pride and joy. Where: Village Atarwalia, in Kaimur district, about 170km southwest of capital city Patna.
Entry fees: None