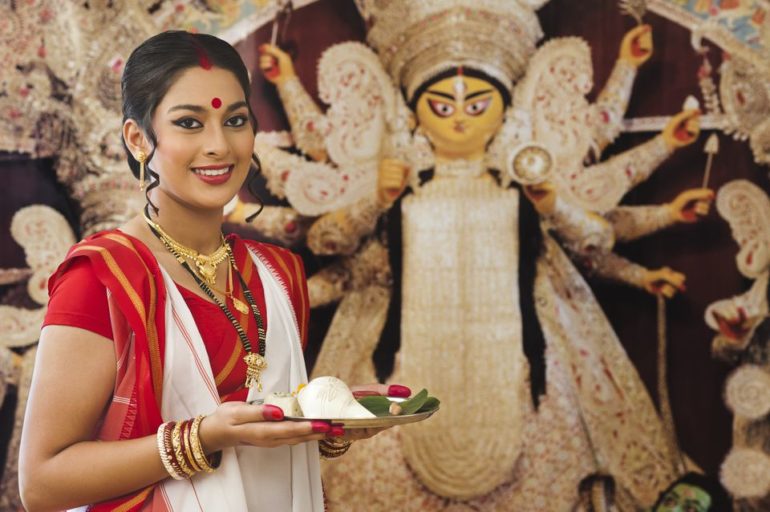 Planning a pandal-hopping spree in Delhi? Well, this Durga Puja, visit the best pandals in the city. And, we have the top list for you!

New Delhi Kali Bari has been celebrating Durga Puja since 1925. This is odelhine of Delhi’s oldest puja pandals. Now, when you visit Kali Bari this year, be ready to witness Durga Puja in the most traditional way. Yes, the puja rituals have not changed since 1936. So, put on your best sari, visit for a darshan, and take part in Rabindra Sangeet and poetry recitation competitions. Typical much? Well, we Bengalis love it! Of course, CR Park has to be part of the list. Lovingly named as the mini-Kolkata of Delhi, Chittaranjan Park hosts a few Durga Pujas pandals that will transport you back to Kolkata. It feels true when they say, CR Park is every Bong’s home away from home. From innovative and exuberant pandals to countless food stalls serving Kolkata street foods – they get it all! Also, they invite celebrated singers and musicians to perform for the crowd. Moreover, if you are lucky, you will get to witness live Baul singers! Also, Bengali men and women donning their traditional best is quite a feast for the eyes! The Safdarjung Enclave Durga Puja pandal is organised and hosted by members of the Matri Mandir Samity. Expert karigars from Kolkata are invited to erect the idol of Durga Maa for this pandal. Now, there is something very unique about this puja pandal. Every year they replicate a famous Indian temple as their pandal. It is quite a spectacular sight.

Also read: 5 Places To Eat The Most Delicious Galouti Kebabs In Delhi The Kashmere Gate pandal has its roots way back in the history. The first puja happened in 1909. This pandal portrays the traditional form of Durga Puja festival. So, their customs, pandals, decorations and Maa Durga’s idol are all crafted with strong undertones of classicism. Expect a lot of gold and silver colour palette. It feels like a different era all together to just stand there and watch the pandal.

Also read: Here’s Why You Must Visit Kasol This Summer Now, these guys are known for their gorgeous Durga Maa idols and super flamboyant pandals. Back in 2013 when they celebrated their silver jubilee, a rumour went around the city. And guess what was that? Apparently, they shelled out a whopping 1 crore rupees to create a pandal that resembled a Buddhist Gompa. Now, if you want to get the feel of extravagant Kolkata pandals, head to Arambagh Durga Puja.