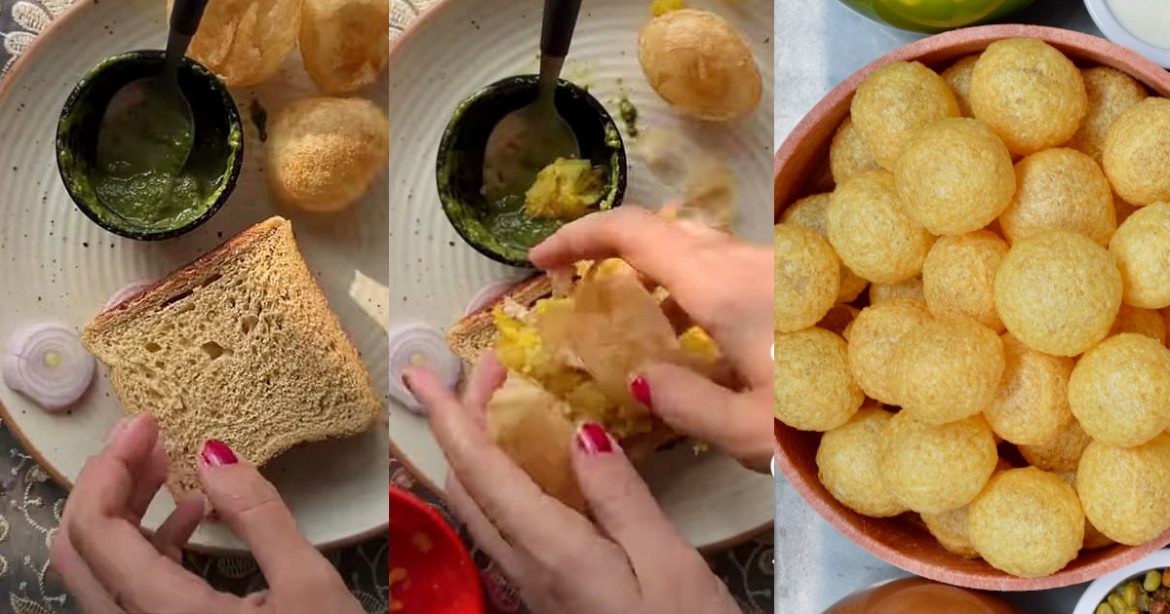 Weird food trends are taking over the internet and our favourite gol gappas have not been left out too. We have already come across surprising variants of gol gappas like gol gappa ice-cream, chocolate gol gappas, chilli gol gappas and even butter chicken gol gappas. And the latest addition to the list of these unconventional food combinations is gol gappa sandwich. The recipe uploaded by a Bangalore food blogger has grabbed mixed reactions from the netizens.

Food blogger Anjali Dhingra has uploaded the video of the unique gol gappa sandwich on her Instagram handle ‘sooosaute’. The video has gone viral, garnering over 13K likes and 143 comments. In the video, Anjali is seen saying that she has got an interesting idea and that’s pani puri sandwich. To make the sandwich, she first takes two slices of brown bread. On one of the bread slices, she applies a mix of green and red chutney paste. Anjali then puts tomato and onion slices on the chutney mix. She puts another bread over the veggies and applies mashed potatoes and crushed gol gappas. She puts the final bread slice over the gol gappas and says, “Time for the taste taste!”

The Sandwich Has Been Declared Spicy But Delicious

After taking a bite of the sandwich, Anjali said its spicy but very delicious. She also asked her viewers which other chaats she can use for making sandwiches. Commenting on the video, one user wrote, “I’ll try for sure cuz I love pani puri“. Another said, “How about a grilled version of this?”. The recipe, however, did not go well with a few others. A user commented, “Pani puri lovers crying in the corner.” Earlier, Videonium’s Channel had also uploaded another recipe of pani puri sandwich on YouTube:

Do you want to try this recipe at home? Let us know in the comments section below! Meanwhile, Amid Pandemic, 21-Year-Old Engineer From Kolkata Sold Unique Phuchkas To Support Family; Now Runs A Successful Outlet