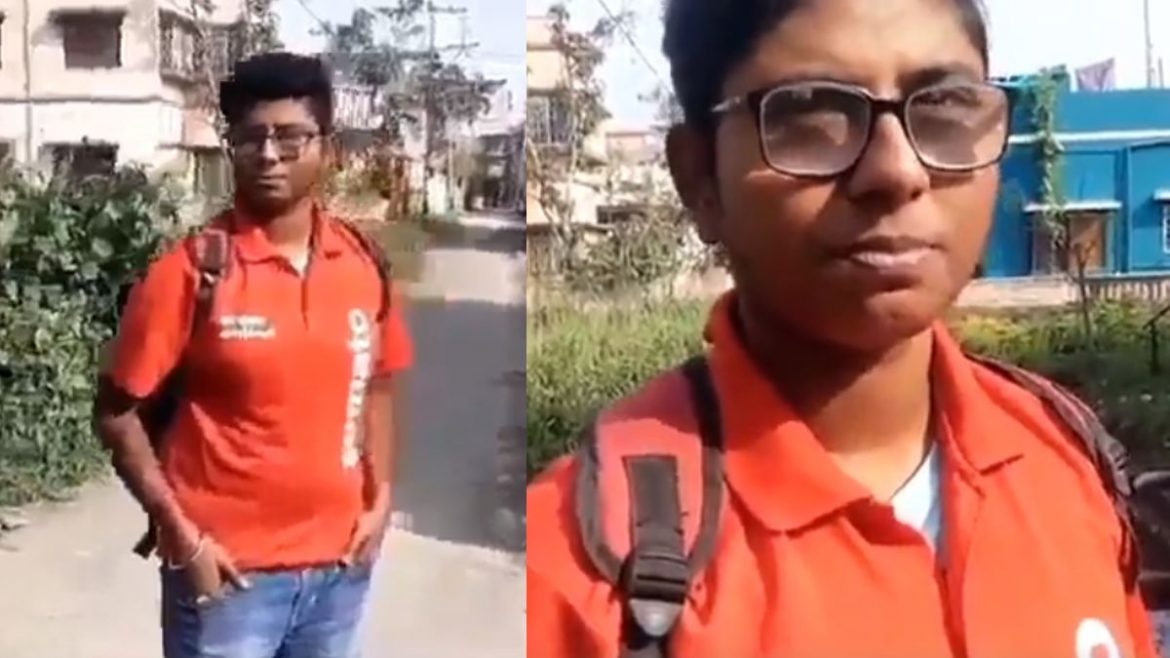 Sport is a dominating source of entertainment for Indians. Though cricket is loved by crores in the country, football, hockey, and other sports too have an exciting fanbase all across India. Unfortunately, it is still not the first career choice for many because of fewer chances and opportunities to earn well to run the family. We often hear such stories and today is yet another day where a story about an Indian footballer is surfacing on social media. A former U-16 woman footballer is now working as a food delivery agent to meet daily ends meet.

She is Polami Adhikary a football player who has represented India at the international level. Today she has to support her family as an online food delivery person. #football pic.twitter.com/pGnJ0QOUEg

Polami Adhikary is a former U-16 level footballer who played for India in Germany, Sri Lanka, and the UK. Though she gave it all for football, the sport in return could not provide her with the things she need the most.

Also read: From Singapore To Antarctica, Woman Travels Over 30,000 Km For Just A Food Delivery!

What Is Polami Doing Now?

Polami is currently working as a Zomato food delivery agent and also continuing her studies at Charuchandra college. She had to take up the job because of difficult financial situations. She shared in the video that she lives with her father and is the only earning member of her family. She was very young when she lost her mother and now lives alone with her father in Behala. Polami earns about ₹300-₹400 a day working as a food delivery executive. On some days, she even earns as low as ₹150.

Also read: Food Delivery Boy Breaks Into Dance In The Middle Of The Road, Netizens Give Mixed Reactions

Social media is truly a blessing for many. The video did not take much time to reach the concerned people. Polami got a call from the Indian Football Association officials. Netizens are commenting on how the situation is quite similar for many sportspeople in the country. Some even pointed out how will this country have world-class sportspeople if they face such financial difficulties.

We can now only wish that the former footballer gets back what she deserves and score goals for the country.