Get A Royal Haircut At Truefitt & Hill In Delhi, The Oldest Barbershop Chain In The World 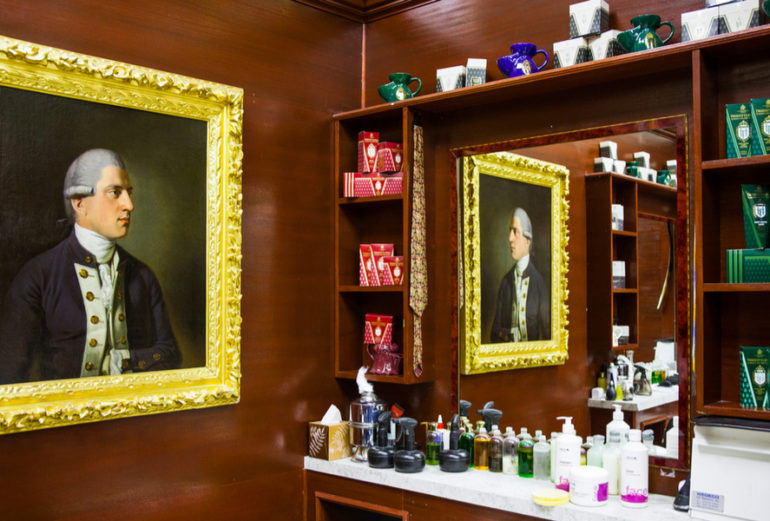 Truefitt & Hill is where men become true gentlemen! Their signature services carry the royal tag – ‘Oldest Barbershop In The World’ – as it was the first that opened in London.

Truefiit & Hill wears the oldest barbershop in the world tag which was first opened in 1805 in London and has even catered to clients like the British Royal family since the reign of King Geroge III. Now, India has been blessed with Truefiit & Hill opening its first chain in Meherchand Market in Delhi. The plush interiors, dark wood furniture adorned with golden lights to match the Victorian lamps and the traditional shaving mugs will take you back to the British Era and make you feel like a royalty.

Also read: GroovaRoo In Delhi NCR Is Making You Groove To Soulful Music With Your Baby They maintain all the English Aristocratic standards with over 130 products designed for the sole purpose of grooming men. You can choose from cologne, shaving creams, balms and bath gels of your choice. Go for the signature Royal Haircut and the Royal Shave which is preceded by a detailed discussion with the master barber.

The shave begins with the wrapping of hot towels followed by exfoliating the face with scrub. Post that, the skin is nourished and massaged with a pre-shave oil and a handmade badger is used to lather up the shaving cream. You will be given a facial massage at the end of the whole experience.