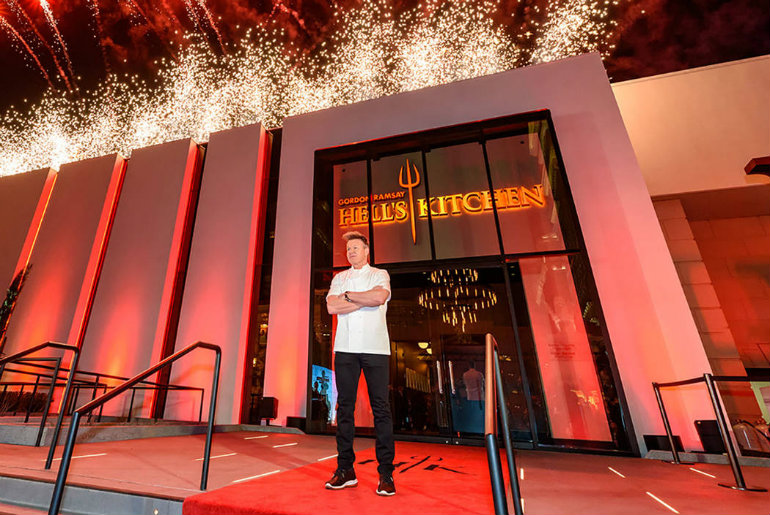 Hell’s Kitchen By Gordon Ramsay is opening in Dubai and will be located in Caesars Palace at Bluewaters Dubai.

One of the most famous and talked about cooking TV show Hell’s Kitchen is all set to open up a restaurant in Dubai. The restaurant will have guests feeling like they are on the sets of the famous TV show. Hell’s kitchen is currently only located in Caesars Palace hotel in Las Vegas and is soon going to open its doors at Caesars Palace Bluewaters Dubai. The opening date of the restaurant is yet to be confirmed and reports suggest that it will open soon after the inauguration of the hotel. Hell’s Kitchen is going to be the second restaurant of Gordon Ramsay in Dubai with the first one being Bread Street Kitchen located at Atlantis The Palm. The Caesars Places and Resorts are going to be built in Bluewaters Dubai which will be the second of its kind. The Caesars Palace properties are expected open doors from 15th November while the Resort will open from 1st December.