We all know about the houseboats of Kerala. But have you ever seen water taxis in the South Indian state? Taking public water transport to new heights, Kerala is set to experiment with 10-seater water taxis. The first of these taxis will sail through the backwaters in Alappuzha district in October. Kochi-based firm Navgathi, which had manufactured India’s first solar ferry Aditya has built these amazing water taxis. To avail the services of these special boats, one needs to call on a specific phone number and the taxis will pick the person up from the location. Meanwhile, the Lake Palace Resort in Alleppey has floating cottages.

Kerala is set to launch 10-seater water taxis to operate on the marvellous backwaters of Alleppey. The state water transport department (SWTD) had ordered for four such boats to serve as water taxis for public use. The feasibility studies for the same took place last year. The government is launching this facility for the first time in Kerala. 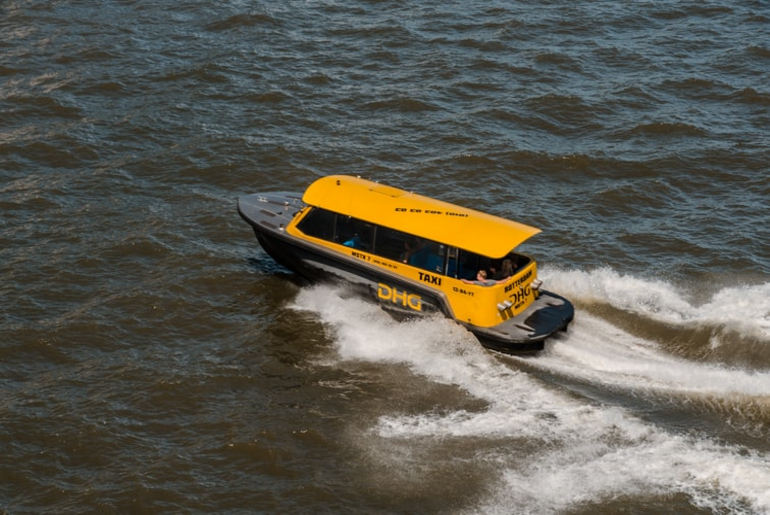 According to Indian Express, Shaji V Nair, director, SWTD, said, “Just like taxis on roads, these boats will be available for the public. They can call on a specific phone number and the boat will pick them up and drop them at their destination. The tariff will be on a per-hour basis and will be reasonable.” He added, “It’s a Catamaran diesel-powered boat with comfortable seating capacity for 10 people. It will have a speed of 15 nautical miles per hour and can therefore take commuters quickly to their destinations.” The water taxis will remain tethered to a boat station and can be availed anywhere.

Kochi-based firm Navgathi built these water taxis. Reportedly, the CEO of the company, Sandith Thandasherry, said, “A Catamaran has two hulls with a platform. This model enhances safety and stability in terms of fuel, they (SWTD) preferred diesel. It has a compact diesel outboard engine. Only a few companies produce these in the world. Normally, such boats can be built in three months. But with the process of approval by the Indian Register of Shipping, it takes around six months. It has taken longer now, due to the pandemic.” Also Read: Chug Along In A Mini Train Through The Scenic Veli Village Of Kerala In Just ₹60; Starting Oct 7

If you’re travelling to Kerala, don’t forget to enjoy a pleasant ride through Alleppey’s backwaters on these new water vehicles. On that note, here’s Kerala’s best-kept secret, Kairali Ayurvedic Village: