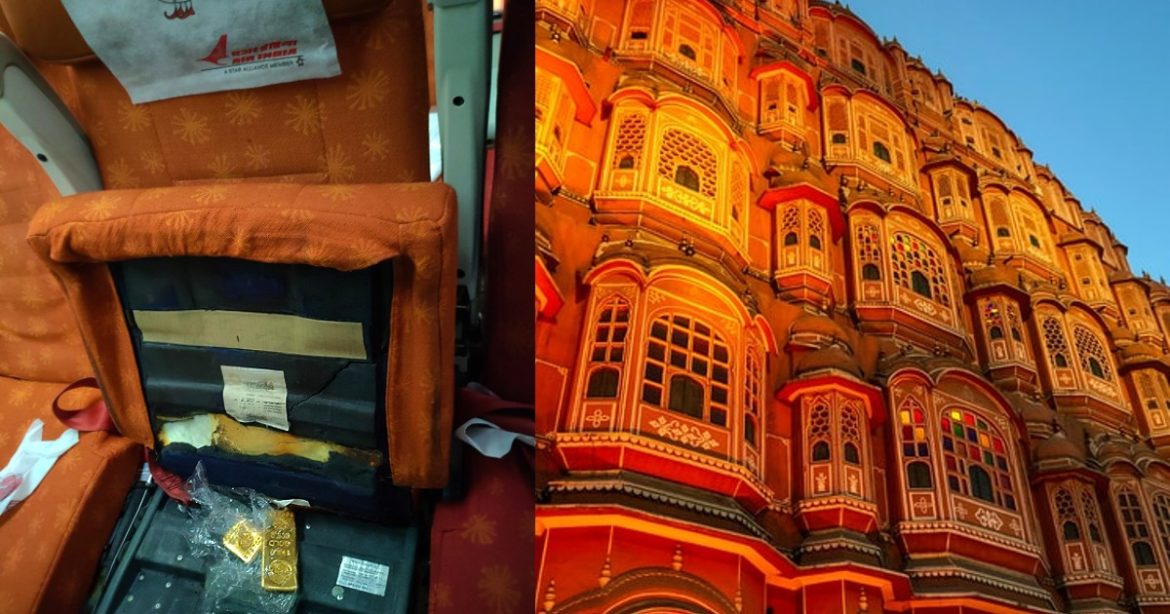 Pure gold with a whopping value of ₹75.9 lakhs was found concealed under the seat of an Air India flight that landed at the Jaipur International Airport. The aircraft AI 942 reached Jaipur from Dubai on Tuesday, November 16. After receiving intelligence inputs, officials carried out research on the aircraft and found two gold bars weighing nearly 1,500 grams under a passenger seat. They were hidden under the cushion of the seat. The customs officials detained a passenger and after interrogating him, learned that the gold bars were to be collected by an airline staff. But the passenger said that the staff was not known to him.

The passenger who occupied the seat was identified & detained. The passenger admitted that the gold bars concealed & left behind in the aircraft were to be collected by some airline staff not known to him. Role of ground staff is under examination: Jaipur airport authorities

Jaipur Airport Witnesses Back To Back Gold Smuggling Cases

The rectangular bars found on the November 16 flight were made of 99.50% pure gold. The authority seized them under Section 1962 of the Customs Act. Also, the role of ground staff at the Jaipur airport is under investigation. Assistant Commissioner of Customs, BB Atal said in a statement, “The value of the seized gold is estimated to be around ₹75.90 lakhs.” This is not the first gold smuggling case detected at the Jaipur airport. A month ago, the customs officials had seized over 1 kg of gold valued at around ₹56.16 lakhs from a passenger who came to Jaipur from Sharjah. He had hidden the gold in his undergarments. In another incident, which also took place in October, another passenger from Sharjah was caught at the Jaipur Airport for carrying gold worth ₹73 lakhs in liquid form.

Earlier, A Man Had Smuggled Gold Inside N-95 Mask

A year ago, a gold heister named Ammar who came to India from the UAE had concealed 40 grams of gold inside his N-95 mask. He was nabbed by the Air Intelligence Unit at Kerala’s Kozhikode International Airport. He had reached Kerala from Dubai on a flight on the evening of September 29, 2020. The gold he was carrying had a value of around ₹2 lakhs.