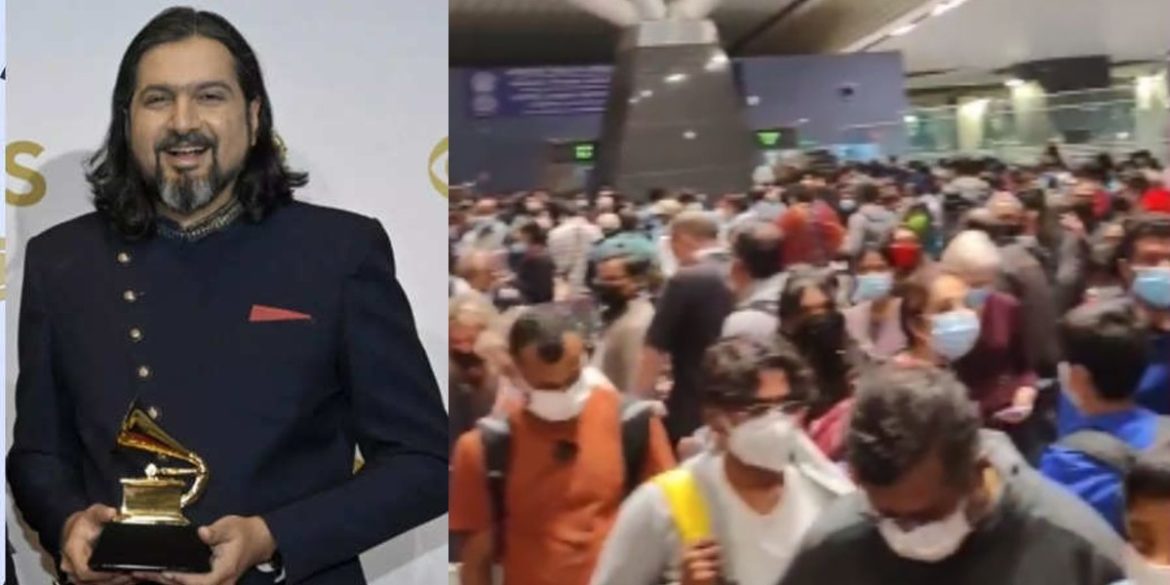 Grammy-winning music composer Ricky Kej recently returned back to India from the Cannes Film Festival 2022. But his travel experience wasn’t a smooth one, as Ricky Kej took to social media to share his harrowing experience at Bengaluru airport. Sharing a video on Twitter, Ricky revealed that the immigration at Kempagowda International Airport (KIA) was pathetic and people were waiting for over an hour. Read on to know more.

A video posted by Ricky Kej shows a sea of passengers at Bengaluru Airport waiting in the immigration line. In the caption, the renowned music composer revealed that he had been waiting in line for the past one hour. In his experience, over 1000 passengers were waiting, not all counters were working and he felt the staff were clueless and inefficient. Ricky Kej questioned Bengaluru Airport why there were so many flights scheduled when there wasn’t the capacity.

Pathetic state of immigration at the Bengaluru International Airport. Been in line for over an hour now. Currently well over 1000 people waiting, not all counters working, staff is clueless, inefficient. @BLRAirport Why have so many flights, when there is no capacity? @kiranshaw pic.twitter.com/6MkcuU1G5S

Also Read: You Could Travel To Bangalore Airport In Eco-Friendly Electric Trains

In a series of tweets, Ricky wrote that the steps at the airport or the number of lines to enter the airport can be reduced. He also noticed in the comments that many netizens were naming another country for having the worst immigration process. Ricky Kej replied that the mindset needs to change. That instead of patting our back for not being the worst airport, why not try to be the best. Well, we hope the immigration process at Bengaluru Airport becomes more efficient.

1, 2 and 3 are completely separate lines. Why stand in line after line when the departments can coordinate and get all 3 done together, like in all other nations. The hand baggage screening on arrival is not needed. Even usa it is not done. All just arrived from the plane itself.