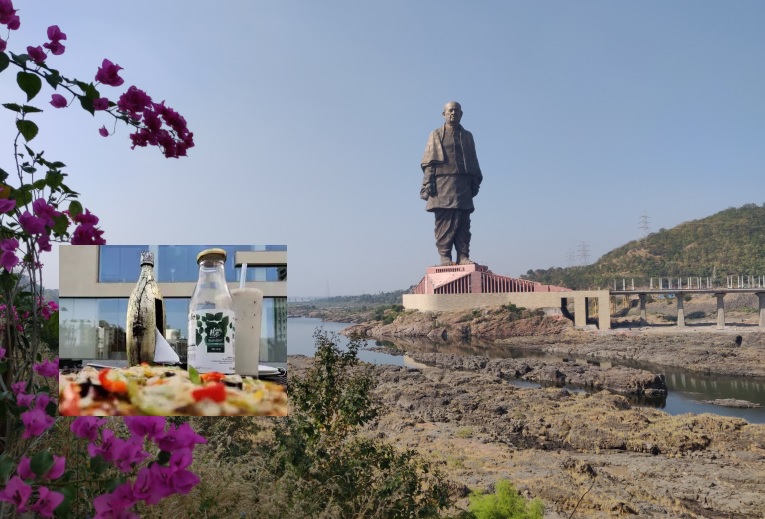 Gujarat’s Statue Of Unity always seems to remain in the news, for all the right reasons ofcourse. The tallest statue in the world witnessed surpassed the average daily footfall than that at the Statue of Liberty. It has made it to the list of Time’s 100 Greatest Places In The World as well as the list of 8 Wonders of SCO. Now the iconic landmark of India is all set to become plastic-free! Reports suggest that the Forest Department will soon introduce reusable glass water bottles which will serve herb flavoured water. 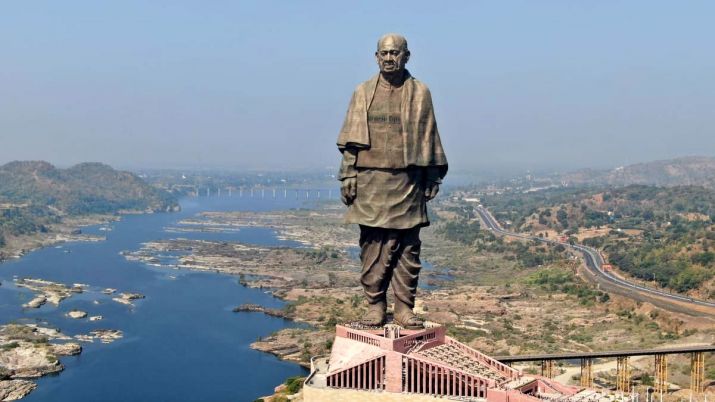 Before you start lamenting on not being able to carry your plastic water bottles to the Statue of Unity, let’s tell you that you have alot to look forward to. The Forest Department will soon introduce reusable glass water bottles which will be filled with filtered and pure Narmada water. So say goodbye to the simple mineral water, cause you can quench your thirst with weather-based herb flavoured water. Depending on when you decide to visit this landmark you can have water accordingly like tulsi water during the rainy season, ginger water in the winter season and mint and fennel refreshing water during summer. This environmentally friendly initiative is named Ekta Paani and its objective is to have zero-waste at the Statue of Unity based on a circular economy concept. Narmada Pratik Pandya, the Deputy Conservator of Forests stated that the packaging unit will be established at the Ekta Nursery at Kevadiya, and will be operated by  Ekta Mahila Mandal Trust in association with the Vadodara-based start-up, Srishti Lifescience. He also revealed that this initiative will be responsible for the reduction of plastic waste. With an investment of ₹15 lakhs, a glass bottle plant will also be set up and run by the local tribal ladies, as reported by the Times Of India.

Also Read: Statue Of Unity Makes It To Time’s 100 Greatest Places In The World

An official at the Statue of Unity threw more light on this matter by stating that in consideration, every visitor would probably drink 2 litres of water during a visit. So 4.72 lakh bottles of 1-litre single-use plastic bottles are being used per month. If one bottle contains 22g of plastic then a base estimate of 4.72 lakh plastic water bottles would result in a generation of 10.384 tonnes of single-use plastic waste every month. Did you know This Cafe In Gujarat Is Giving Free Food In Exchange For Plastic Waste?

As per reports initially, the production capacity of the plant will be 3000 bottles per day. This will then gradually be increased to up to 14,000 bottles daily. The founder of Srishti Lifescience, Prateek Patel stated that consumers can return the empty bottles at an attractive by back price or they can even choose to carry it home as a Statue Of Unity souvenir. This noble initiative is a sincere attempt to reduce the carbon footprint and eliminate the risk of microplastic intake by human beings at this tourist spot. Well, we can’t wait to have a sip of this interesting herb flavoured water the next time we visit the Statue of Unity!