Here’s Where Your Favourite Bollywood Celebs Are Holidaying This Summer 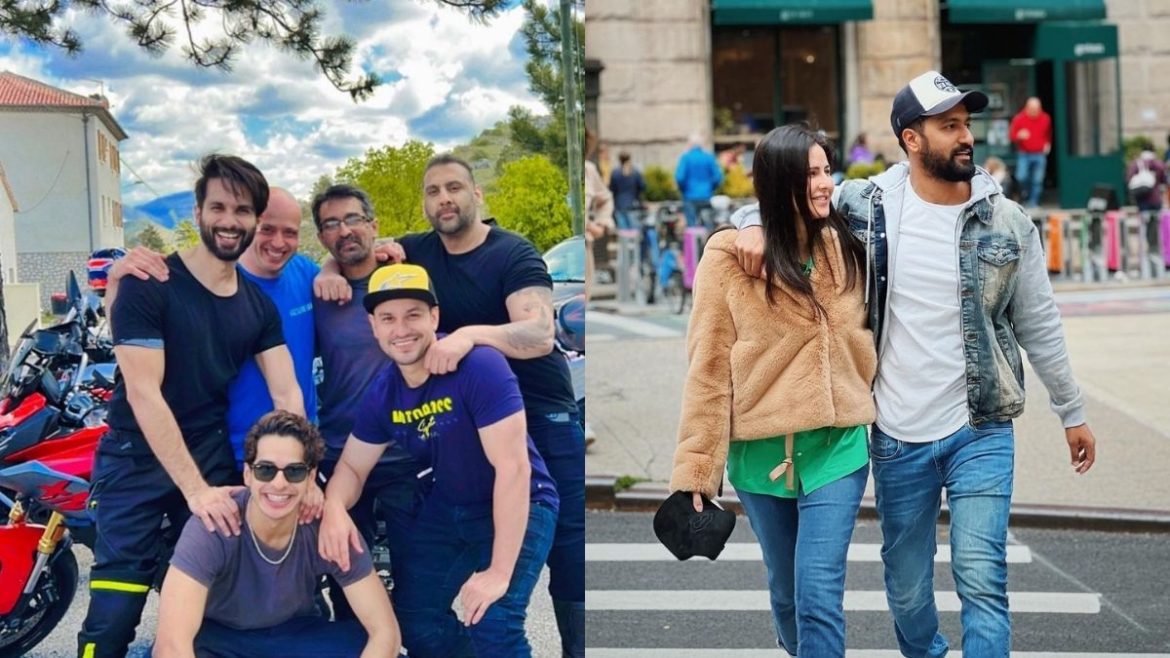 Bollywood is known for its glitz and glamour. But with fame and glamour, there is also hard work. Celebrities relentlessly shoot for months crafting a movie. Hence when they decide to take a break, they holiday king-size. Some of the Bollywood celebrities took a break from their work schedule and went holidaying this summer, Here is where they holidayed and unwinded.

The Badshah of Bollywood was busy shooting for his upcoming movie, Pathan. But he has now taken a break off the shoot and is exploring the mysteries of the future in Dubai. Recently the actor visited the most beautiful building in the world, the Museum Of The Future and was featured in a video by Dubai tourism.

The cutest newly married couple of Bollywood, Vicky Kaushal and Katrina Kaif are on to giving us some hashtag couple goals as they are holidaying in New York. the couple posted pictures on Instagram from the place as they took some time off their busy schedule and went holidaying.

Actors Shahid Kapoor, Kunal Kemmu and Ishaan Khatter went on the most epic Europe trip, riding on their bikes. They began their journey in Zurich, Switzerland. The boys have been sharing pictures on Instagram giving updates of their trip which surely seems out of some movie.

India is surely the most geographically and culturally diverse country which is why a lot of celebrities love holidaying here. Jahnvi Kapoor shared pictures from Ooty as she went on her trip exploring this beautiful hill station. Her pictures show how mesmerized is she by the beauty of the place.

Sara Ali Khan can be termed a wanderer at heart as she is seen somehow managing time off the shoots and visiting various destinations, especially Kashmir. Her recent post on Instagram showed her in maroon sportswear as she gears up for trekking in Pahalgam, Kashmir.