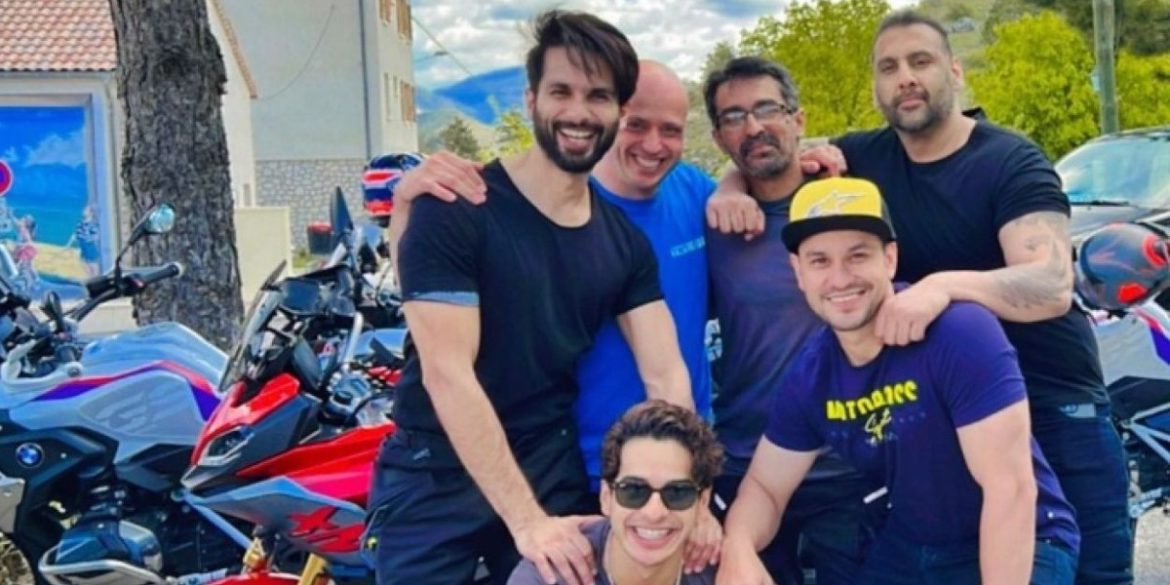 Shahid Kapoor’s wife Mira Kapoor recently set travel goals by skydiving during her all-girls trip to Dubai. And also splashing around in an infinity pool against the backdrop of the Dubai skyline. And now, Shahid Kapoor has gone on a biking trip with half-brother Ishaan Khatter, actor Kunar Kemmu and others. Read on for more deets.

Shahid Kapoor has taken off to the road for a Zindagi Na Milegi Dobara and Dil Chahta Hai like a trip across Europe. The Jersey star has gone biking with his brother Ishaan Khatter, Kunal Kemmu and gang. Sporting cool bikes, the boys will be riding across picturesque European towns. Shahid Kapoor shared pictures on Instagram with the caption ‘Boys with their toys’. Interestingly, the stars are riding bikes worth ₹16.85 lakhs and more.

Kunal Kemmu’s sister-in-law Saba Ali Khan wished the men a safe journey. The photos of their travel gear and them stylishly posing is taking the internet by storm. Well, that’s a guy’s trip every man would love to go on. Meanwhile, did you know, Shahid Kapoor turned vegetarian after reading an inspiring book? Watch his interview with Curly Tales Chief Editor Kamiya Jani to know more.