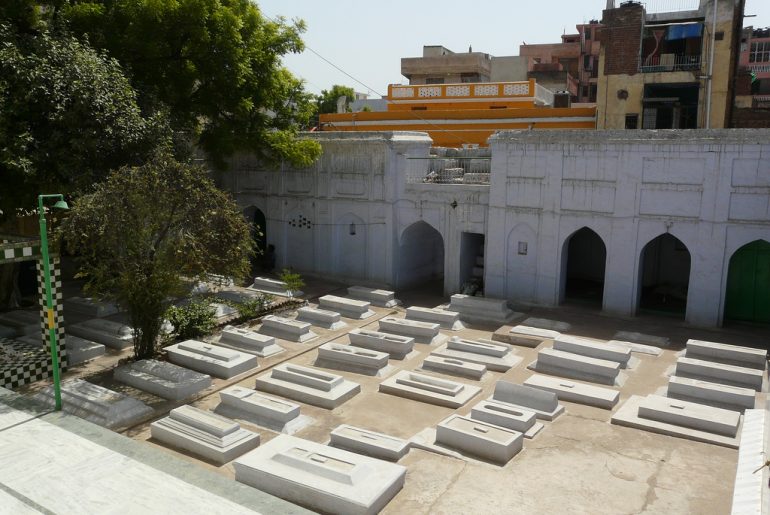 Hijron Ka Khanqah is a Sufi spiritual retreat for eunuchs in Delhi located in Mehrauli.

Hijron Ka Khanqah is an Islamic monument located in Mehrauli, South Delhi. The literal meaning of Hijron ka Khanqah is a “Sufi spiritual retreat for eunuchs“. It is one of the many monuments located in the Mehrauli village. Hijron Ka Khanqah is a Pre- Mughal, Lodi period, monument dated to the 15th century known for the serene atmosphere that exists at the monument where some eunuchs of Delhi were buried during the Lodi dynasty’s reign.

Standing with poise right in the middle of Mehrauli Archeological Park, it is today taken care by Hijras of Turkman Gate, in Shahjahanabad (today’s Old Delhi). They are in possession of this 15th-century monument since the 20th century.

If you want to get away from the hustle-bustle of chaotic city life, visit this place. It can soothe your soul. It has a very calm and peaceful aura in the inside premises.  You enter the monument through a narrow gate, which opens up into a huge space that holds countless white tombs. The complex also has a mosque. However, amongst all the tombs in the shrine, the most significant one is said to be of a eunuch called as Miyan Saheb.