In the era of e-mails and text messages, post offices aren’t much talked about. However, in the remotest corners of the world, they still have a lot of significance. And the one in Hikkim, at about 14567 feet ( 4440 metres) above sea level in the hilly stretch of Himachal Pradesh’s Spiti Valley is considered to be the highest post office in India. To the locals, it might be simply a mail depot, but to an outsider, it is a pretty little building ringed by towering mountains, with a crystal clear stream flowing aside- a sight straight out of the fairytales! The board outside the Hikkim Post Office clearly reads that it is the highest post office in the world. Hikkim’s post office was known to be the world’s highest until India Times discovered another at Qomolangma Base Camp in China. This Everest Base Camp post office is perched at a height of nearly 17,060 feet.  Located within the camp, it doesn’t even look like a post office and thus barely catches the eye of anyone. Having said that, in this story, we are going to focus on Spiti’s post office as it can be a fabulous travel destination too. Read on!

Around 23 kilometres away from Kaza town in Himachal’s Spiti Valley, lies the picturesque hamlet of Hikkim. It is one of the highest inhabited locations in India. Mornings are pleasant here, kissed by the warm rays of the sun. On the contrary, the nights are bone-chilling. The village remains covered with snow during the winter months, with temperatures falling as low as -15.9 degrees Celsius in January.  The stone and mud houses at Hikkim, painted in white, look profoundly mesmerizing with the rugged terrains in the backdrop. Tourists visit Hikkim mainly because of two reasons- firstly, to experience its marvellous natural beauty and secondly to explore the post office atop the hill. 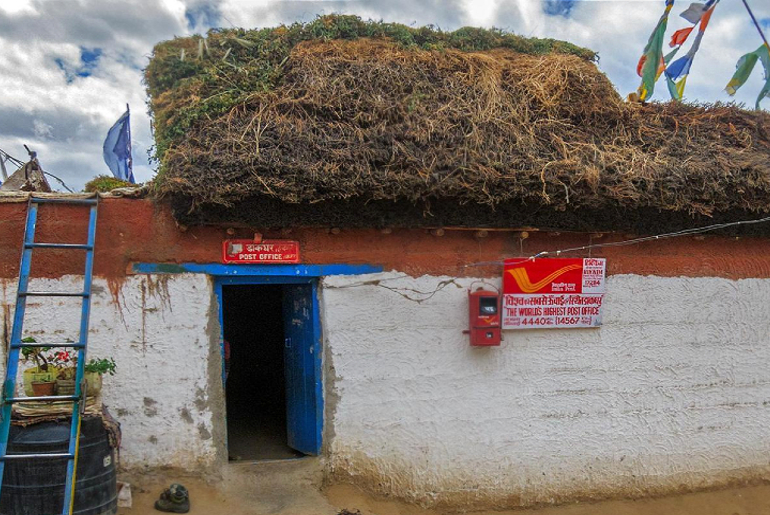 The Hikkim Post Office had started its operations on November 5, 1983, and a man named Rinchen Chhering has been its postmaster since then. At this post office, the locals maintain savings accounts and monks from the nearby Komic monastery get the passports for undertaking overseas pilgrims. 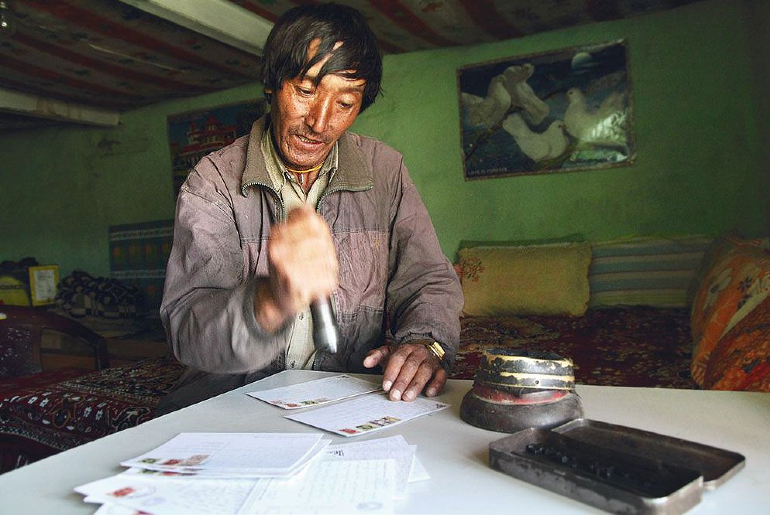 While the feeling of standing at the country’s highest post office is unparalleled, the travel postcards too can inspire awe. Many tourists write letters on these postcards and drop them in the letterbox to be sent to their loved ones from one of the highest points of the world. As per the locals, the letters are first carried to Kaza on foot. Then they reach Reckong Peo, Kalka and finally Delhi. From Delhi, they are sent to other destinations. Those who love to trek might choose the option of a two-hour hike to the post office from Kaza. Alternatively, one can take a bus from Kaza and reach Hikkim through the motorable road. The bus leaves only once a day at 2 PM. So once travel becomes safe again, definitely plan a trip to this post office to click a picture with the postmaster and eye upon the marvellous vistas around. Meanwhile, here’s how the splendour of Spiti will leave you mesmerized: