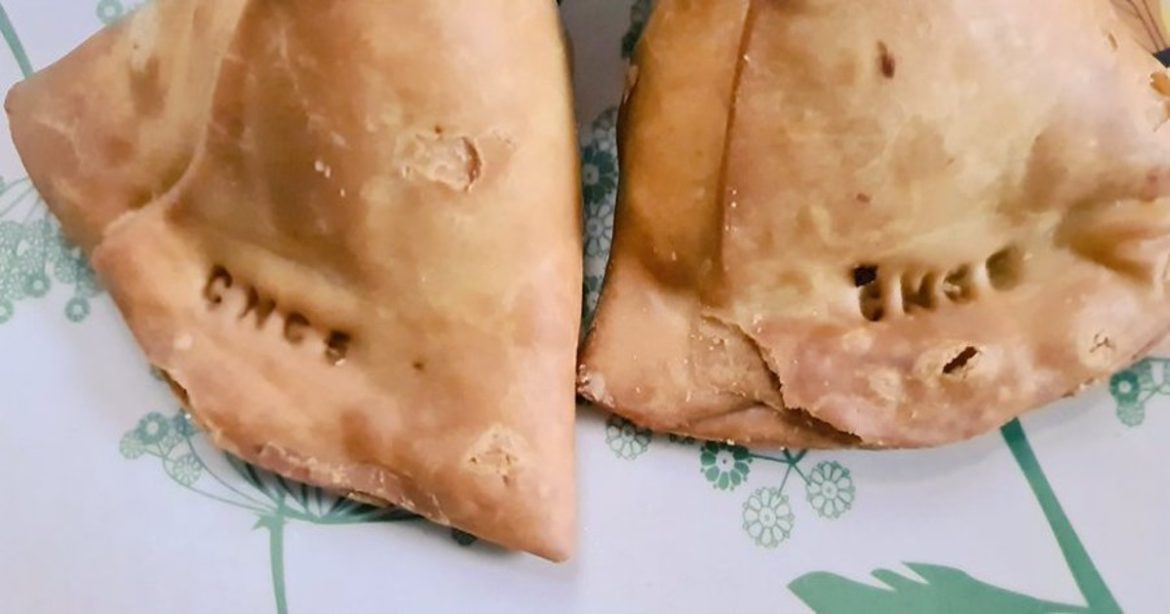 When it comes to street-style food and India’s favourite pairing with tea, nothing beats samosas. And, why not? The crispy, golden covering filled with masala aloo is pure love. However, when a Twitter user placed an order for samosa online, little did he know that he would be sent somosas with serial numbers on them. Twitter user Nitin Misra shared a hilarious picture of a samosa with a serial number on its bottom rim.

In the picture, we see two samosas with a four-alphabet serial number placed side by side. No wonder that this unique style of embossing serial numbers at the bottom caught the attention of Twitter users. Quite naturally, the tweet has received hundreds of retweets and comments. Netizens feel that the technology world we live in should stay away from the halwai.

Samosas I ordered had serial numbers 🙄 Can tech pls stay away from my halwai. pic.twitter.com/DKo1duIiC9

Many Twitter users were found themselves in splits after seeing the samosas with serial numbers. While many wanted to know where did he get the samosas from, several others wondered if QR codes would be the way to download chutneys in the future. Many also said that this was a common practice in eateries to create a unique feature that grabs eyeballs.

*Download chatni from the given QR code on the samosa*

Wondering where you can order these samosas from? You can get these delights from Samosa Party in Bengaluru and  Gurgaon. However, it turns out that these are not serial numbers but identification letters that helps differentiate the different kinds of samosas offered by Samosa Party.  From veg to non-veg samosas, you will be spoilt for choice here. And what better way to identify the samosas than to have their names inscribed on the dish?

What are your thoughts on these samosas? Let us know in the comments below.