Indian Restaurant In UK Sends Samosa Into Space; It Makes A Crash Landing In France 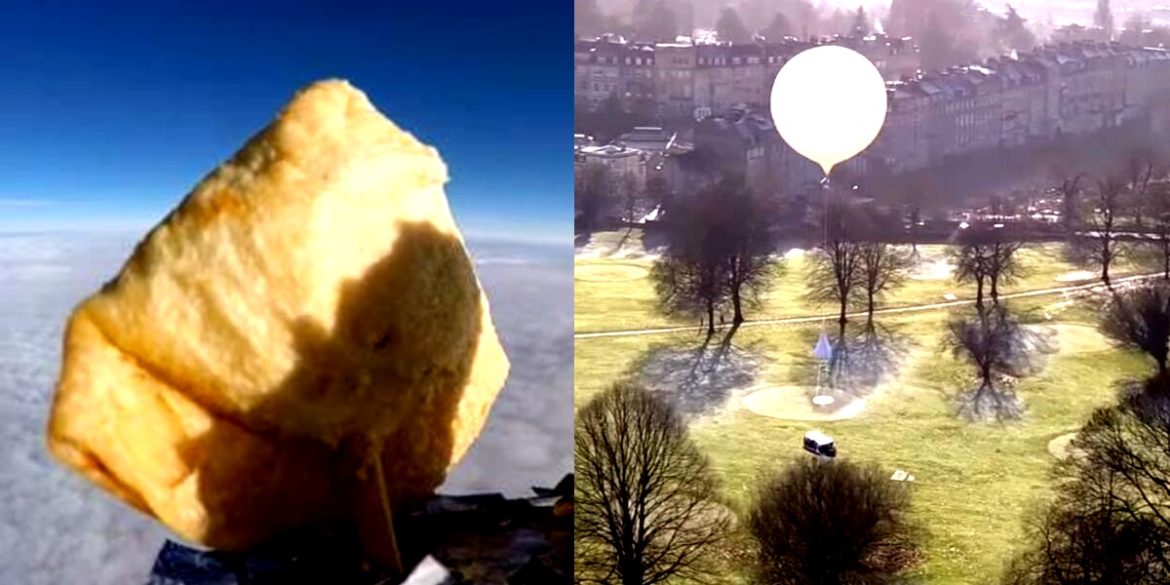 Samosa is undoubtedly a snack sent by the Gods. Just biting into a hot, crispy samosa and tasting the spicy aloo filling is enough to drive away all our worries. Infact we wouldn’t even mind sending it into space so the extraterrestrials would know what they’re missing out on. Well, as bizarre as this idea sounds, an Indian restaurant in the UK just did this and more. Chai Walla, one of the most popular Indian restaurants in the UK sent a samosa into space. But it crash-landed in France. Read on to know more about this samosa’s expedition.

Niraj Gadher, owner of UK’s Chai Walla eatery was on a culinary mission. And that mission entailed ending a crispy samosa into space to spread joy amid the bleak coronavirus pandemic. The wonder of this best-ranked restaurant in Bath attempted this pace mission in three tries. He stated to Somerset Live, “I said as a joke once that I would send a samosa into space, and then I thought during this bleak times we could all use a reason to laugh.”  So, Niraj used helium balloons to launch his favourite street food snack into space. On his first try, the helium balloons fell from his hands. And the second time, there wasn’t enough helium. Earlier, a fast-food chain sent a chicken nugget into outer space.

Also Read: This Chennai Restaurant Urges Foodies To Never Hurt The Fillings Of A Samosa By Saying No

But then again, practice indeed helps one with perfection. The determined restaurant owner finally achieved the unthinkable on his third attempt. A youtube video shows Gadher and his friends launching the samosa into outer space. They attached a weather balloon to it, fitted with a GoPro camera and a GPS tracker. The GPS tracker helped them to follow the samosa’s journey. After launching it into space, the GOS initially malfunctioned when it went high up. But the next day when it started functioning again, the group realised that the samosa had crash-landed in France. 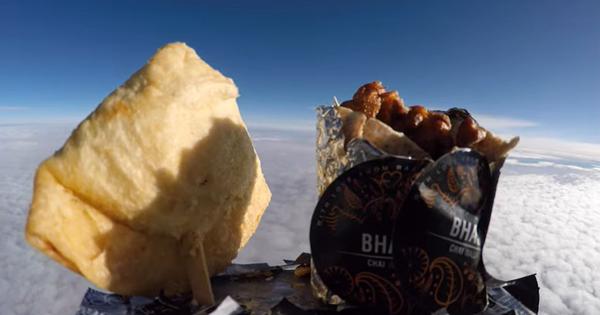 Instagrammer Finds Missing Samosa In A Field In France’s Picardie

Niraj and his friends then began to message people on Instagram. They requested them to hunt down the lost samosa. Axel Mathon, an Instagram accepted their friend request and the challenge. He tracked down the samosa in a field in Picardie. Axel revealed to a local news agency, “Really until I got here, I couldn’t believe it. And actually, when I looked up I saw the burst helium balloon in the trees. and I found this polystyrene box well packed. It was a bit like a treasure hunt, I thought it was crazy!” After reading this story, if you’re yearning for a plate of delicious samosas, then visit Delhi’s Samosa Hub.