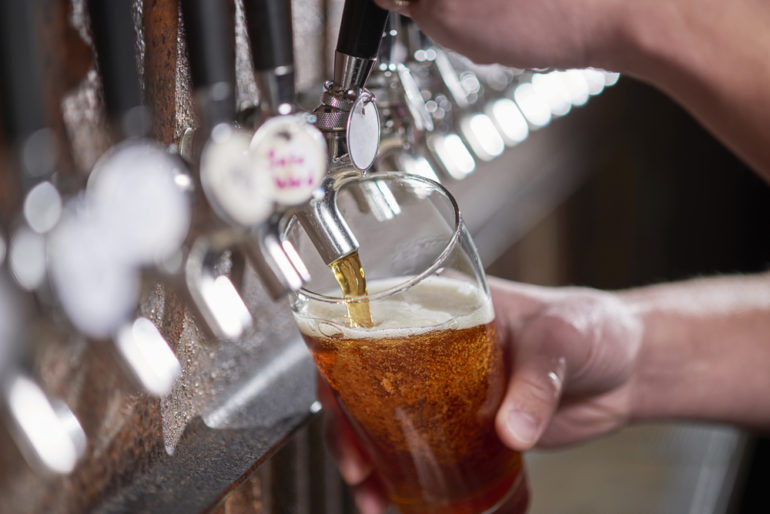 This Sunday, get ready for the fourth edition of India’s best ever Craft Beer Festival – Tapped.

For the true blue beer jocks, it’s time to head to the races. Saddle up and prepare for a Sunday of epic proportions with more than 40 craft beers on tap, beer games and the chance to win and drink big as Tapped comes to Mahalaxmi Racecourse on Sunday, 18th March. After three successful events in Mumbai & Pune, they have curated a fresh line up with the best brews, music and food that will come together in a day-long carnival-meets-picnic set up.

Also read: 6 New Restaurants In Mumbai That Have Been Launched This Year To Entice Your Taste Buds Mumbai favourites, Gateway Brewing Co. and Brewbot will showcase their brews along with some of Pune’s all-stars – Independence Brewing Co., Kimaya Brewing Company, Effingut and the inventive Great State Aleworks. Making their Mumbai pop-up debut is also Bangalore based and loved Toit Brewery, serving everything from an English session beer to their popular Bavarian Wheat Ale and Drifters Brewing Co. Preparing a special ‘Tapped’ batch is also Bombay Duck Brewing, a small craft brewery that focuses on artisanal ales. Bringing together local ingredients and international styles is Ninkasi Brewworks – named after the Sumerian Goddess of Beer herself. To make you go ‘Mm,’ Pune-based Moonshine Meadery, Asia’s first, will be ready with their meads and ciders made from fruits and honey. All this to go with food from around the world – Bandra’s favourite, The Blue will make its debut with their signature Gyozas and Chicken Yakitori while Hoppums will flip some fresh appams with Ceylon Roast Chicken & Prawn Moilee. If you want something to go with your ‘hoppyness,’ turn to mutton samosas from The Bohri Kitchen and the kebab pavs from Pack-a-Pav. Or, look out for the avocado tacos by TacoLab, NY style Pepperoni Pizza slice by 1Tablespoon & the classic Double Cheddar Tenderloin Burger from Woodside Inn. Porky delights that include Akhuni Pork, Bacon Ice-cream and Pork Popcorn by Hocus Porkus will be available alongside smoked ribs from Death By BBQ and rolls from the Curry Brothers. If that wasn’t enough, one can find a Mexican fiesta that includes Quesadillas and Poutines from Jamjar Diner, uber cool Stewed Strawberries, Dark Chocolate and Brie sandwiches by The Fromagerie and Pune’s super popular Chicken Golgappas by Street Meat to go with those glasses of beer. Get your sweet fix from the delicious dessert station that will house carefully crafted éclairs, churros & tarts by Eighth by Anurita & all new waffles by the Tapped veteran, Waffle House.