Israel Gets A Floating Cinema For Coronavirus Safe Viewing Talk about the things we’re missing during the pandemic, and we’ll list it all.  From the simple sounds in our cities, to bargaining in the markets, and heading out for the movies: there’s so much we pine for! Apparently, the Israelis have worked out on that last bit. Wondering how? Well, Israel has a floating cinema that makes it safe for people to watch movies outside during the pandemic.

The floating cinema in Tel Aviv’s Yarkon Park boating lake, has 70 socially distanced rowboats and paddleboats, according to news agency Reuters. Apparently, each boat has a capacity of four people. Taking in the experience of an open-air theatre, viewers can maintain a two-metre distance in the lake. This is to help them enjoy their movies outdoors, now that the indoor cinemas are shut due to the pandemic. 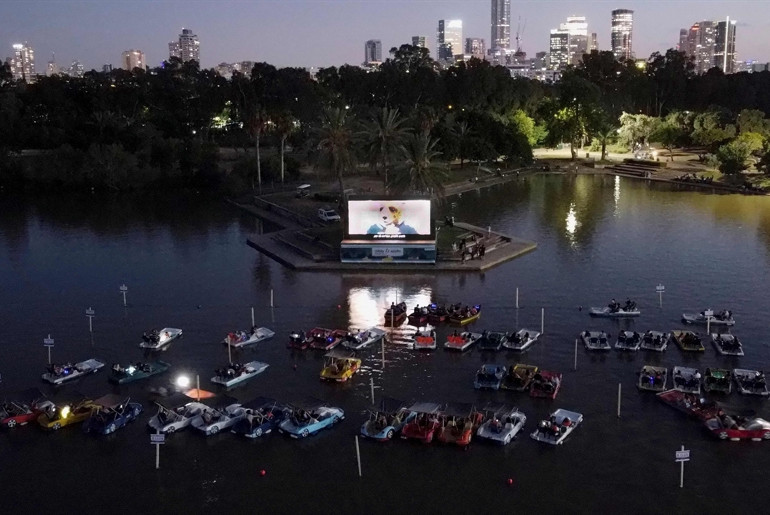 Paddington 2 was the first movie aired on August 20 in Israel’s floating cinema. About 200 people attended this screening, Reuters further reported. Also, for now, the municipality there has planned to run two movies every evening in the last week of August. However, the tickets for these movies are sold exclusively to the residents of Tel Aviv, as per local publications. Meanwhile, cinemas in France had opened in June too. 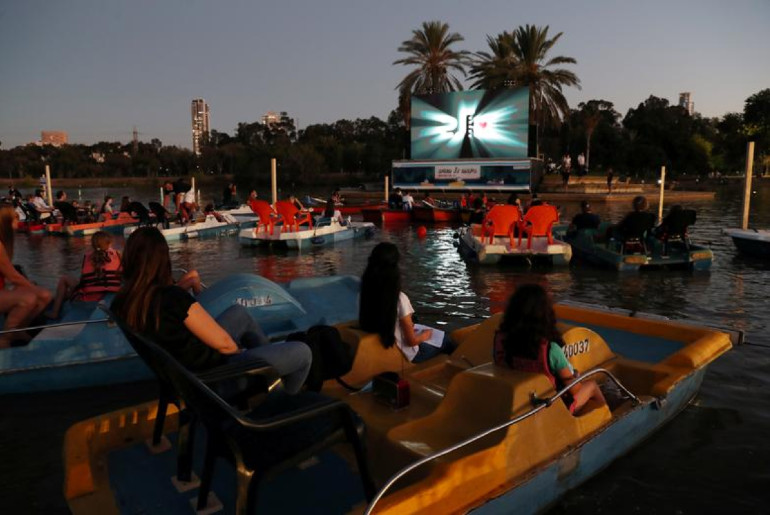 As the country is gradually uplifting its lockdown, several malls, restaurants and cafes are now open. But what about the cinemas? Apparently, these too will re-open soon. As per several reports, the central government is planning to reopen standalone cinemas, with all the necessary precautions in place. Also, it’s highly unlikely that multiplexes will restart operations any time soon. An important thing to note is that the unlocking process depends on the decisions taken by the state government. Otherwise, India has been under a nation-wide lockdown since March 25. Meanwhile, did you know about this dine-in cinema in Dubai?