Japan Has A Building With A Highway Passing Through It! 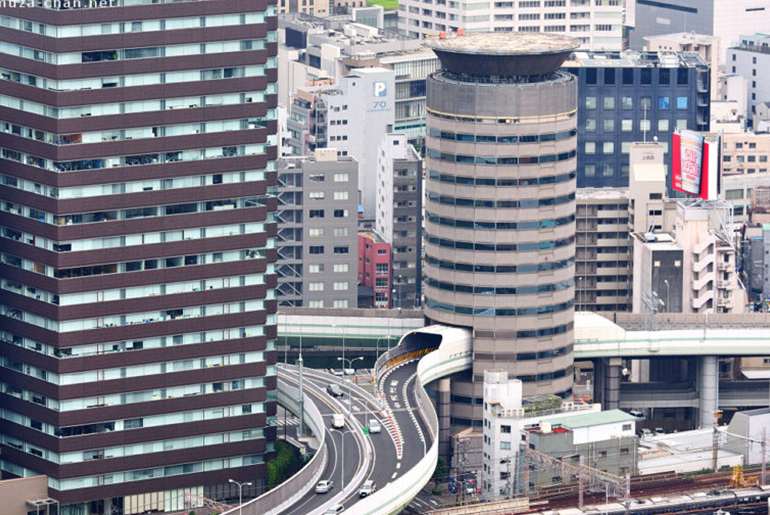 Just when you thought Japan’s infrastructure couldn’t surprise you anymore, a building in Osaka, Japan, has a highway passing through it.

There are plenty of roads that pass from under buildings all over the world, but Japan’s Osaka has a marvel that you won’t forget! The Gate Tower building in Osaka is 16 stories high with two elevated highways passing through it. The highway road is suspended on both sides, so it doesn’t really touch the building. Not just that, the highway road is covered. The look is more like a tunnel within a tunnel. How Is Japan Responding?

The Japanese population are used to architectural marvels like that. The Gate Tower Building is actually a commercial building with offices and work places around. But you’d still find a few people taking pictures of the massive structure or staring in awe.

Well, for the real estate side, the owner of the building refused to give rights for the construction of the highway, but eventually folded. But they reached to a conclusion and the tower with the highway was built together.

Also read: This Cat Island In Japan Is Purrfect for Cat Lovers!

If you’re opting for the Ikeda route of the Hanshin expressway and want to head towards Umeda, you will be passing through Gate Tower Building through 5th, 6th and 7th floors.