Cruise Through Takachiho Gorge, A Volcanic Canyon By A Waterfall in Japan

Imagine a romantic evening rowing in a boat through a volcanic canyon, by a gushing waterfall. It is easy to turn this dream into reality with Takachiho Gorge in Japan. This magical place at the southern tip of this island country looks straight out of a fairy tale. 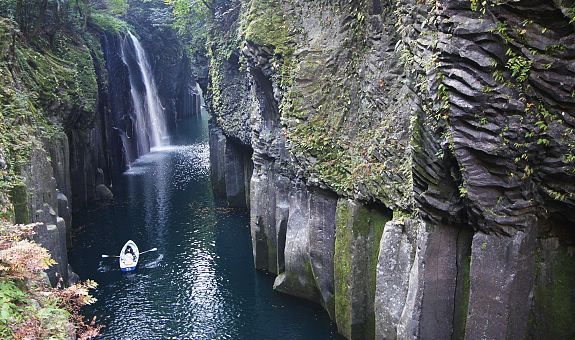 Takachiho Gorge or the Takachiho canyon is a mystical gem of Kyushu located in Miyazaki Prefecture.  It is an exceptionally beautiful narrow gorge cut through the rock by the Gokase River. 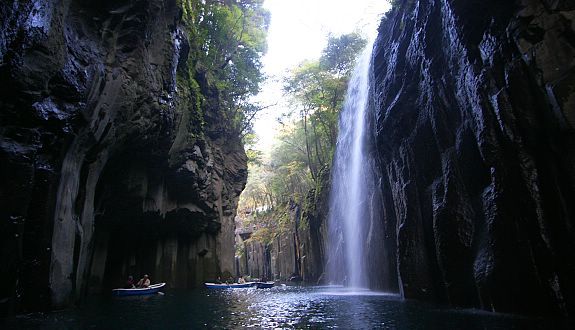 The spectacular steep walls of the Takachiho Gorge were formed by the rapid cooling of a lava flow, that filled the narrow valley of Gokase River when Mount Aso erupted about 120,000 years ago. The gorge is magnificent and the stones resemble flakes. The rock’s composition of the gorge also resembles the shape of the dragon. 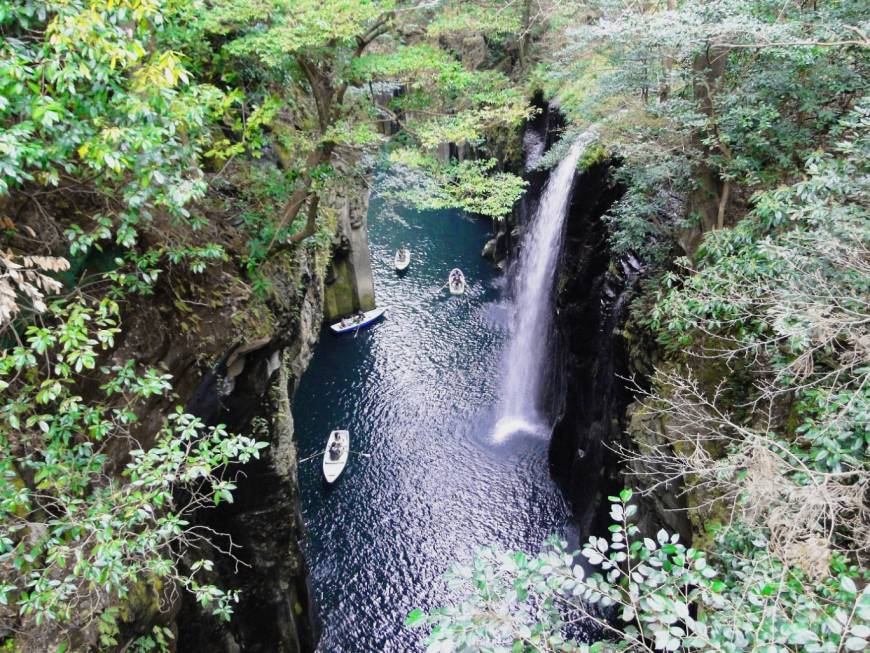 There are two perspectives from which to enjoy the gorge. The first is from below which is done by rowing down the river. Rental boats are available at the south end of the gorge, and the water is calm and easy to navigate. This highly recommended route offers a close-up view of the cliffs and waterfall.

Also Read: Japan Has A Building With A Highway Passing Through It! 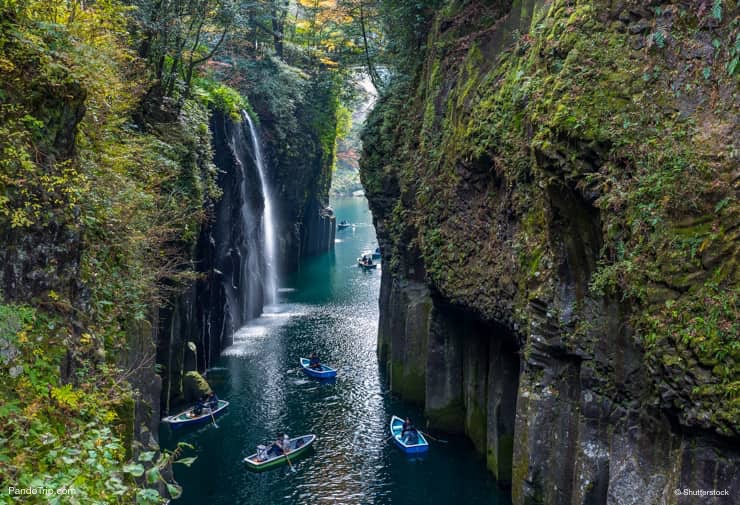 The second perspective, from above, is done by walking the paved path that runs along the edge of the gorge. There are beautiful views all along the way and at some points on the trail, you can look practically straight down to the river below. The trail continues for about one kilometer, eventually leading to the Takachiho Shrine. 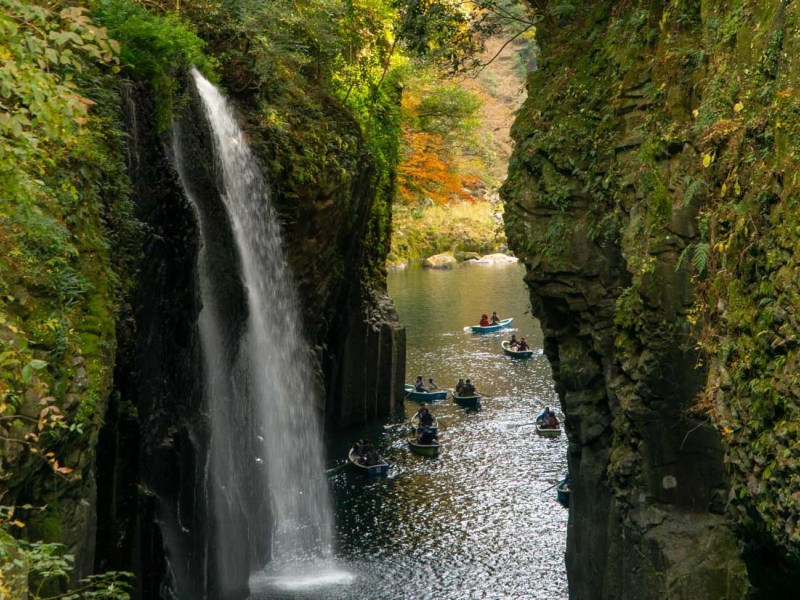 And that’s not all, there are some other spots you must stop by when you visit Takachiho Gorge. Such as, Freshwater Fish Aquarium, Stocked Fishing Ponds, restaurants, and souvenir shops. Also every summer, the gorge is decorated with fairy lights flickering until 10:00 AM.