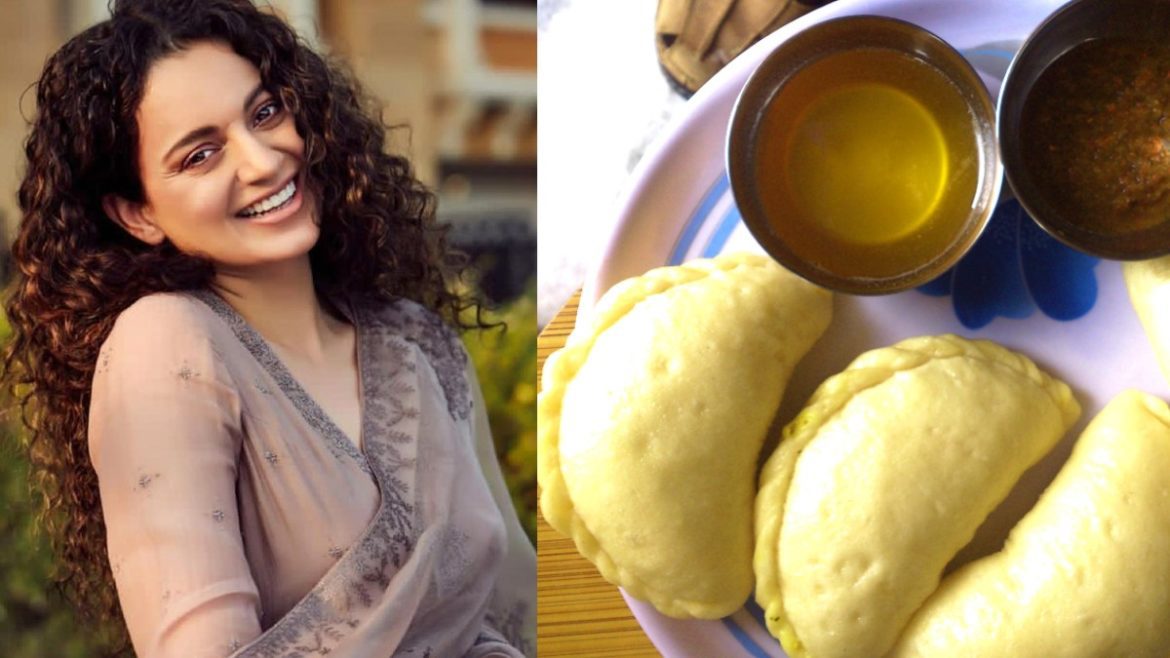 Did you ever try authentic Himachali dumplings? The fluffy dumpling made in Himachali households is known as siddu. It is a steamed Pahadi snack and is often enjoyed with ghee and shakkar. If you visit Himachal Pradesh, you should never miss trying siddus from the local markets. They are available in the bustling streets of Manali as well as other Himachali dhabas run by locals. But guess who made siddu for team Curly Tales. It was the Queen of Bollywood Kangana Ranaut. Kangana is a native of Himachal and she also explained how the snack is prepared in the hilly state.

Speaking about the snack siddu, Kangana said, “It is a Tibetian dish and contains a rich filling comprising walnuts, afeem dana, some herbs and it is very healthy. It is steamed and you can have it as a snack or you can also have it with a clear soup. Siddu is actually very tasty, and if it is homemade, it is unbelievably tasty.”

Also Read: This Himachali Man Runs A Dhaba Beside A Waterfall And Serves Local Village Food!