Bollywood stars are having a gala time by the beaches, mountains or historic sites across India and the world. From Katrina Kaif’s beach vacation at the Maldives to Ali Fazal and Richa Chadha’s holiday at the Pyramids, we’re totally getting vacation goals. And now, Kareena Kapoor Khan is enjoying family time in Dharamshala amid snowcapped hills. The Bollywood A-lister and son, Taimur Ali Khan accompanied Saif Ali Khan who is shooting there for his upcoming film. Read on to know more.

If you want to know how to celebrate Diwali amid snowcapped mountains, then Kareena Kapoor Khan and Saif Ali Khan will give you the deets. Earlier in an interview with our Chief Editor, Kamiya Jani, Saif Ali Khan revealed that the family loved vacationing in hilly areas. Himachal Pradesh also emerged as the most popular holiday destinations for Indians this year. 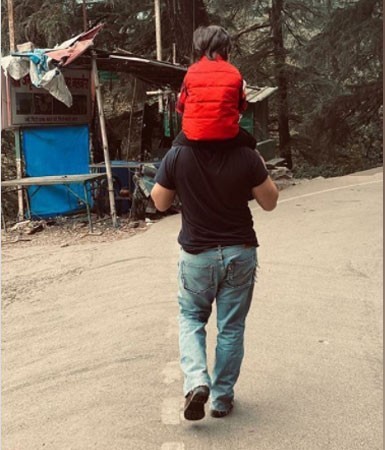 Kareena, who is expecting her second child, is enjoying her family time in Dharamshala. She also celebrated Diwali there amid a picturesque backdrop of mountains. Meanwhile, Bhoot Police will be shot in Dharamshala, Palampur and Dalhousie.m This film also stars Yami Gautam and Jacqueline Fernandez. So you can totally expect travel goals in this upcoming film. Meanwhile, here are 6 Bollywood films that inspired us to travel.