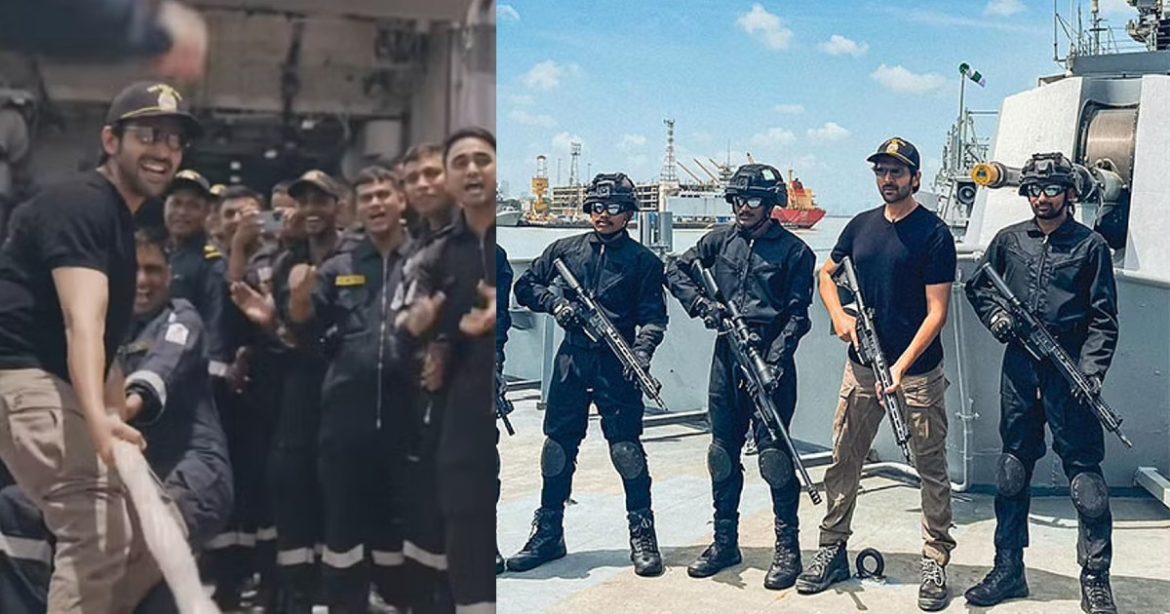 Kartik Aaryan celebrated India’s 75th Independence Day in a historic way. The Bhool Bhulaiyaa-2 star spent an entire day with the officers of the Indian Navy. The actor took to Instagram to share photos and videos of his fun-filled day. Read on to know more.

Kartik Aaryan shared a glimpse of his light-hearted moments with military personnel. The actor dressed in a black t-shirt and cargo pants is seen posing with the Navy officers with firearms. He also participated in a game of tug of war with them and played video games. In a video, Aaryan is seen telling officers that the officers lost on purpose. And if asked if he’d like a rematch of tug of war, Kartik cheekily replied that a wise man knows when to retire’.

He Was Fascinated By Roti-Making Machine

He also shared a video of a roti-making machine which left him fascinated. The actor also shared an inspiring story of a military officer who helped people amid a massive cyclone. And how could Kartik go without dancing his signature Bhool Bhulaiyaa-2 steps!  Like Kartik Aaryan, Ayushmann Khurranna spent a fun day with BSF Jawans in Jammu. Ayushmann played cricket, jogged with them and even danced the bhangra.