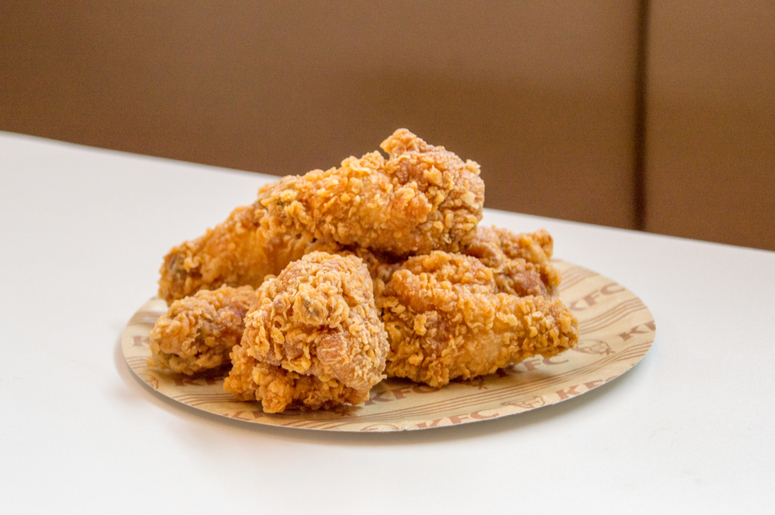 A popular food chain, KFC is testing a new recipe in Britain that is a Vegetarian Fried Chicken.

KFC in a move to improve the food standards and join the healthier trend by testing ‘vegetarian fried chicken‘. The announcement of this dish comes after the British government is pushing to cut the national consumption of excess calories. The Public Health England issued guidelines in March with the aim of reducing the calorie count of some popular foods by 20% by 2024.

Also read: Now You Can Watch A Live Streaming Of Food Being Cooked At Pune Station&#8217;s Kitchens The dish is still in its early stages, hence, the recipe and ingredients are a top secret in the kitchen in the making. It will have a signature blend of 11 herbs and spices.

KFC hopes to cut their calories per serving by 20% in the next seven years by introducing multiple meals that are under 600 calories by 2020.