Durga Puja for the Kolkatans is not just a celebration, it’s an emotion. Kolkata puja pandal committees are famous for doing something unique every year. Amid the pandemic, ‘coronavirus’ themed pandals have become the latest trend. In one of them, a Siliguri artist depicted Maa Durga as a doctor killing ‘coronasur’. The pictures of the Goddess went viral on social media. The idol shows Goddess Durga, expressed as a saree-clad doctor wearing a lab coat and stethoscope, killing a coronavirus-shaped Mahishasur. The Goddess is seen holding a giant syringe that is to kill the demon. We must admit that when it comes, to creativity, no one can beat Bengalis.

This year, some committees have decided to portray the travails of millions of migrant workers in their pandals, keeping with the pandals with contemporary themes. .At least 10 million migrant workers left cities, many lost jobs and returned to their homes in the hinterland. Many ended up walking or cycling home, and some hired trucks and busses. A few cycled back home. West Bengal alone saw the return of at least a million such workers.

Sonu Sood’s Statue To Be Installed

Not only are they installing migrant workers, but they would also have Sonu Sood’s statue who helped migrant workers return home. In one such pandal, a real bus will be parked, and there will be statues of migrant workers seated inside the bus. In Keshtopur Prafulla Kanan, the puja will also be inaugurated by migrant workers and residents will switch off their lights, light diyas and observe a minute’s silence to mourn the passing of migrant workers.

Every year, the preparations for the festival start way ahead of the actual celebration and people flock to the markets to buy new clothes, book parlour appointments to get the trendiest haircuts and what not! During the 5 days of the festival-Sasti, Saptami, Ashtami, Nabami and Dashami, the streets of Kolkata get jam-packed with happy people who indulge in pandal hopping, binge-eating, watching movies and chatting with pals for hours. The surprising part is, as the night darkens, the pandal crowds also thicken. But as we all know, none of these is going to happen this year due to the coronavirus pandemic. But one can still go for a socially-distanced pandal hopping. Three popular puja committees in South Kolkata are ready to offer drive-in darshan of their pandals. Read on to know the details. 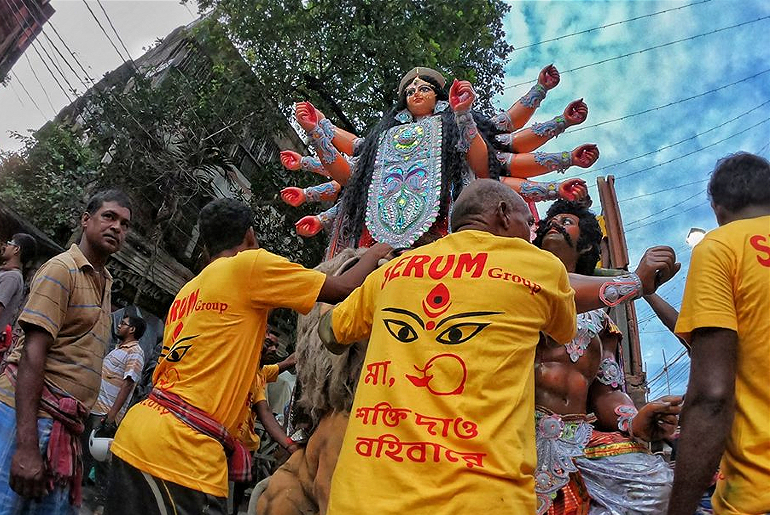 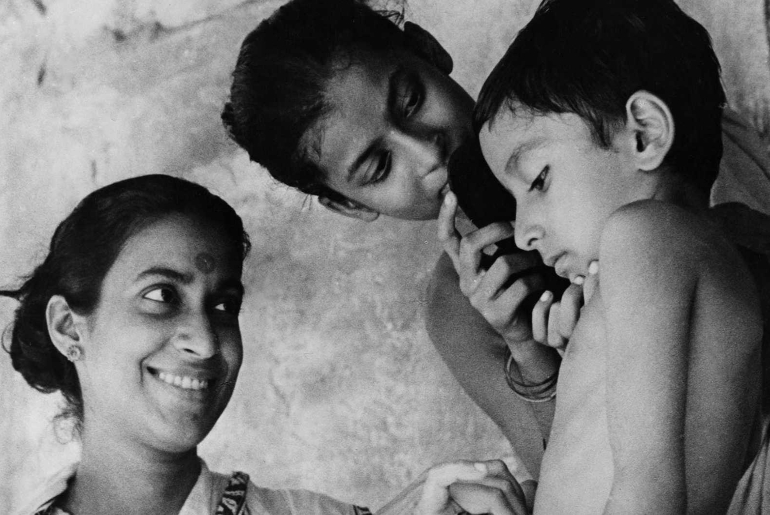 The name of the theme is, however, “Bhooter Raja Dilo Bor” which is a popular song from another masterpiece of Ray Goopy Gyne Bagha Byne. Bengalis have grown up seeing these movies and their melodies are entwined in the deepest of their sentiments. A drive-in tour through these movies with the festivities of Durga Puja in the backdrop is going to be a first-of-its-kind experience for the Kolkatans. Also, the year 2020 marks the hundredth birth anniversary of Ray. 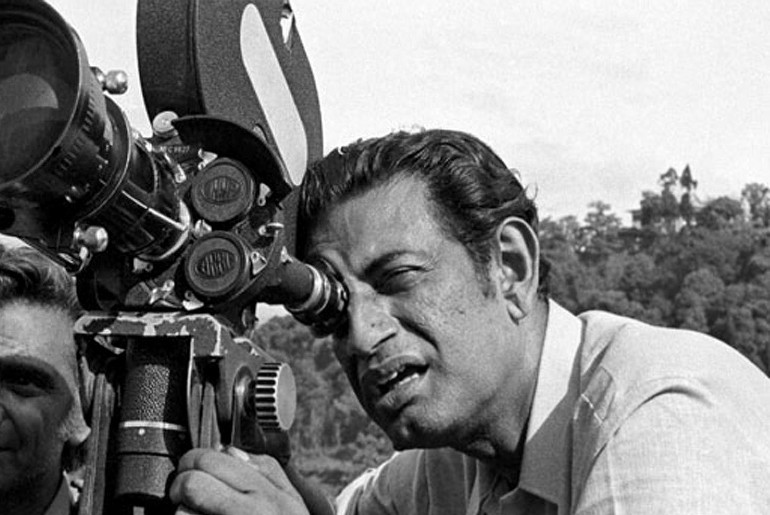 The Journey From Pather Panchali To Apur Sansar

The first pandal in the driving route will be Badamtala Ashar Sangha which will reflect scenes from Pather Panchali ( The Song of the Road) depicting Apu’s boyhood days. This will be followed by 66 Pally which will focus on Aparajito ( The Unvanquished).  Nepal Bhattacharya Street Pujo will portray scenes from Apur Sansar ( The World of Apu).

Also Read: Episode 3- Visit Kolkata From The Comfort Of Your Homes

Cars Entering The Pandals To Be Sanitized With Pipe Shower

The drive-in concept is the brainchild of Mridul Pathak, a patron of the Badamtala puja committee residing in Texas. For the drive-in darshan, people will be able to catch the glimpses of the pandals without getting out of their cars. The visitors have to slow down their cars on reaching the pandals, view the idols and then move ahead. Also, each car entering the pandal will be sanitized with a pipe shower. There will be a separate lane for the pedestrians with thermal checking and hand sanitization facilities. 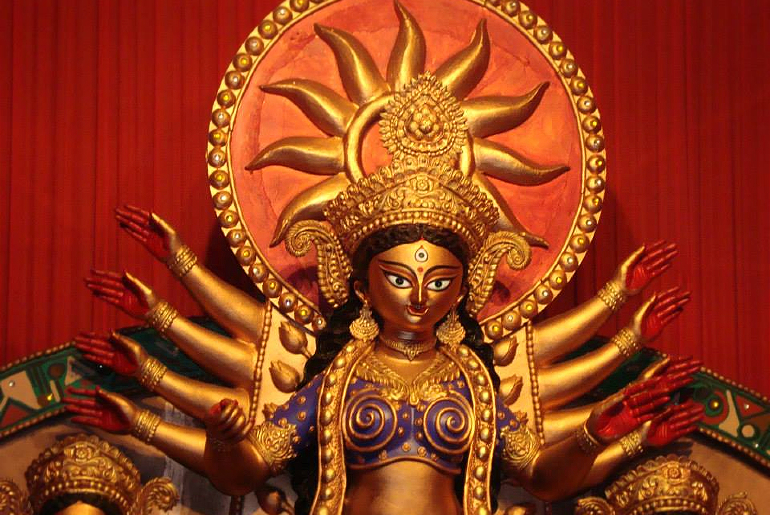 Also Read: Here’s How Durga Puja Is Being Celebrated All The Way In The Netherlands With HoiChoi

Durga Puja 2020 is just about a couple of months away. The five-day festival is beginning on October 22 this year. The pandemic had left many city people heartbroken before the celebration. This drive-in concept will definitely be a sigh of relief for them. Meanwhile, here are three steps to get the perfect Bengali look this Durga Puja: