Lilima Khan faced an abusive childhood after losing both her parents but that didn’t stop her from achieving her dreams and becoming a professional Chef at a reputed restaurant in Delhi.

Lilima Khan, a 22-year-old chef at Delhi’s Tres Restaurant is happy about her job. But there was nothing happy about the childhood that Lilima went through. She was a daughter among 4 siblings to an Assamese family in Delhi. Due to a lot of health complications, her father passed away when she was only 10 years old. A month later, she lost her mother to tuberculosis. Her sister couldn’t cope with the news of their parents and committed suicide because of the shock. Suddenly, Lilima had no roof over her head and barely any family left.

After that, she was pretty much working out on the streets. For a short period, she used to live with a family, until the sons started misbehaving with her and touching her inappropriately. She knew something was wrong, and started spending her nights on the streets itself.

It was a long time before she was brought to Udayan. This is an NGO that fights for child rights. Finally at 14, she was receiving the education that she was supposed. After a while, she was taken up by a lost aunt who invited her over to her house for Eid. Soon after, she started living with the aunt’s family. They treated her well, but not for long. She was pushed to quit school and had to work in a factory but the turning point was when the aunt’s son allegedly raped her and she ran away.

Fortunately, she was picked up by Kilkari Rainbow (a shelter for girls and women). She stayed with them from then on but Lilima had a strong urge of making a name for herself and food was the only way to begin!

What Is Happening Now?

After getting the necessary education she needed, she placed at Tres Restaurant by Creative Services Support Group. Initially, she would prepare food only for the restaurant staff but she was promoted recently. Lilima is now a junior chef and she has one more level to cross until she becomes the head chef at the restaurant. 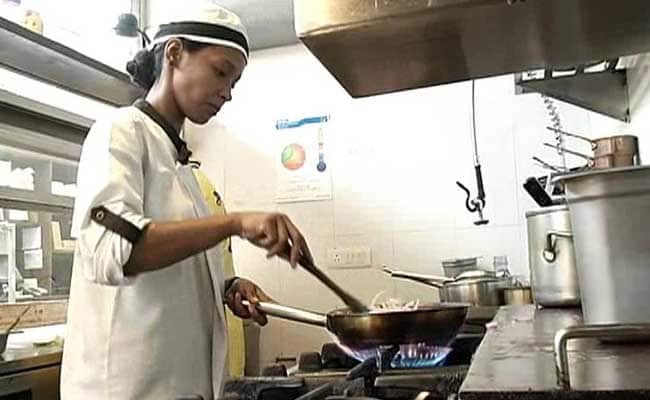 While narrating her story, Lilima doesn’t display even an ounce of shame or regret. She says she has nothing to hide and may many girls like her receive encouragement to pursue their dreams and achieve their goals.

No Face Mask Required In England From January...