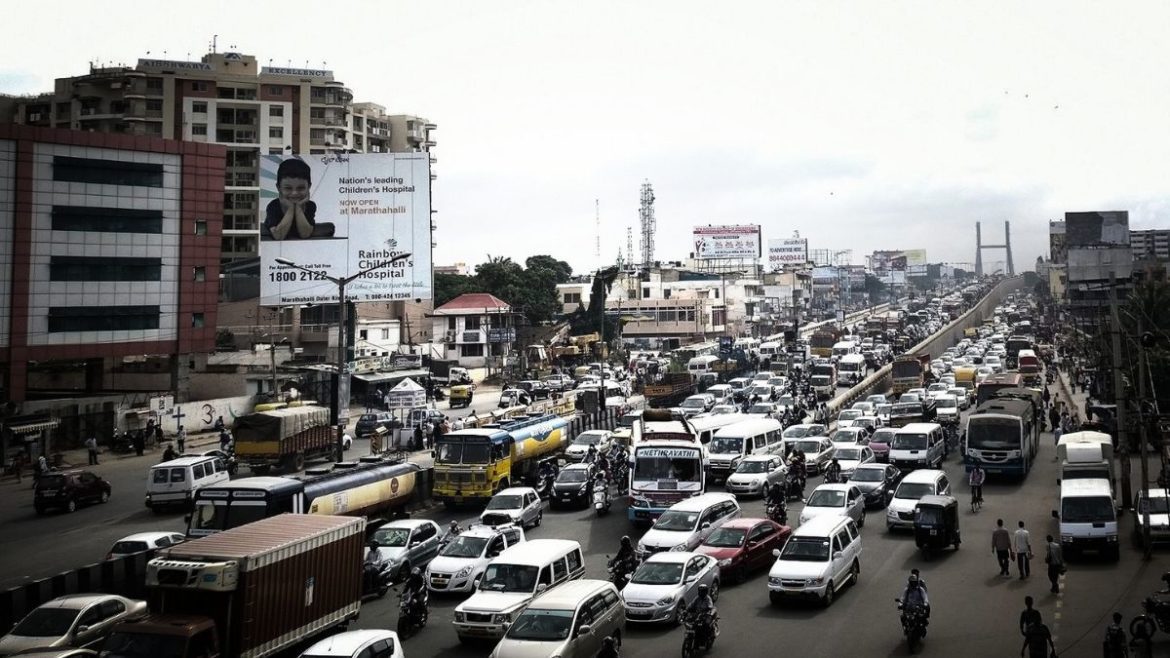 ‘You fall in love at the most unexpected time’, the popular saying has proven to be very real for a Bengaluru couple. The unexpected time here is the infamous Bengaluru traffic and the couple was stuck with each other because of some ongoing construction. This is the interesting beginning of a love story and probably these are the only people who are thankful to the Bengaluru traffic for this.

Love Sparks In Bengaluru Traffic: It’s Been 5 Years & The Flyover Remains Under Construction

A Reddit user ‘MaskedManian92’ shared the gist of his love story with his wife and how they met and started dating. The man shared how he met his wife near Sony World Signal. He continued the tale of his love story. He shared that they were stuck in traffic because of the construction of the Ejipura flyover. They got stuck somewhere nearby for a long time, and as usual, they felt frustrated and hungry. The couple decided to divert from there and went to have dinner somewhere nearby. During that time, they surely were furious because of the Bengaluru traffic but that was the beginning of their fairy tale love story. That dinner started a beautiful journey for the couple and since then, they dated each other for 3 years. In fact, they are now husband-wife and married each other for 2 years.

Also read: Bengaluru Traffic Will Ease Soon As It Will Get 4 New Satellite Towns

The funny catch of this Reddit post is the then-under-construction Ejipura flyover is still under construction. It has been over 5 years and the 2.5 km flyover is still incomplete. A Twitter user ‘@babablahblah_’ shared the screenshot of the Reddit post on Twitter and Netizens are having a gala time laughing at it. Check out the gist of the love story that started in Bengaluru traffic.

Netizens are connecting hard to this story. They have not found the love of their lives in the horrible Bengaluru traffic but they surely did a lot with their lives since the beginning of the construction of the Ejipura flyover and now. Here are some tweets where the Bengalureans are sharing their stories.

Can relate. That flyover is under construction for all the time I’ve been in Bangalore.

Only Bengalureans will ‘feel’ this 😂 https://t.co/w85yRxitKY

that is nothing, a road here was under repair for over a decade. I finished school, college and few year into my job when it got fully repaired and re-laid.

This story is indeed a very beautiful outcome of the traffic but we really wish to never get stuck in one.