Manali Welcomes Tourists For A Cosy Igloo Stay Amid Pandemic You won’t need to fly to Iceland to stay inside domed igloos, just like the Eskimos. Igloo tourism is gradually gaining momentum in India. Two youths of Manali, Vikas Kumar and Tashi Dorje had introduced India’s first Igloo near Hamta’s Sethan Village in the 2016-17 winters. The two youths have already built three igloos which are perched at a height of around 9000 feet. Now, many other youths in the state are following their footsteps and building more cosy igloos for tourists. There are youths from Seraj and Mandi regions too. Even the picturesque Lahaul Valley will have an igloo stay facility for winters for the very first time. 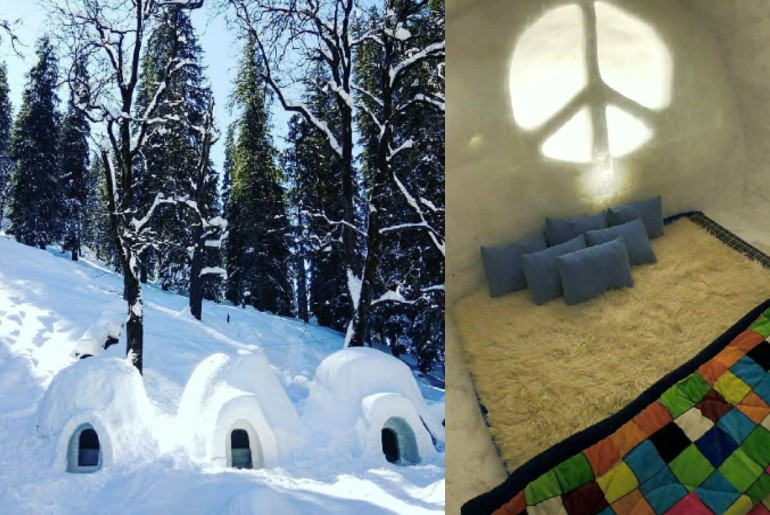 Also Read: Escape To Kinnaur In Himachal & Stay In These Swiss Tents Surrounded By Mighty Peaks

Youths In Manali Are Building Igloos For Tourists

Himachal Pradesh has already started getting snowfall and locals are thus utilising it now to get more tourists. The COVID-19 pandemic had been a major blow to the tourism sector of the state. Many parts of Himachal have been even shut to the tourists due to the rise in the virus cases. As long as the temperatures remain low and there’s snowfall, the conditions will be favourable for building igloos. Therefore the youths of Himachal Pradesh have started constructing igloos to welcome tourists after January when the temperature becomes lowest. Those staying in the igloos can also enjoy adventure activities like snowboarding and skiing. 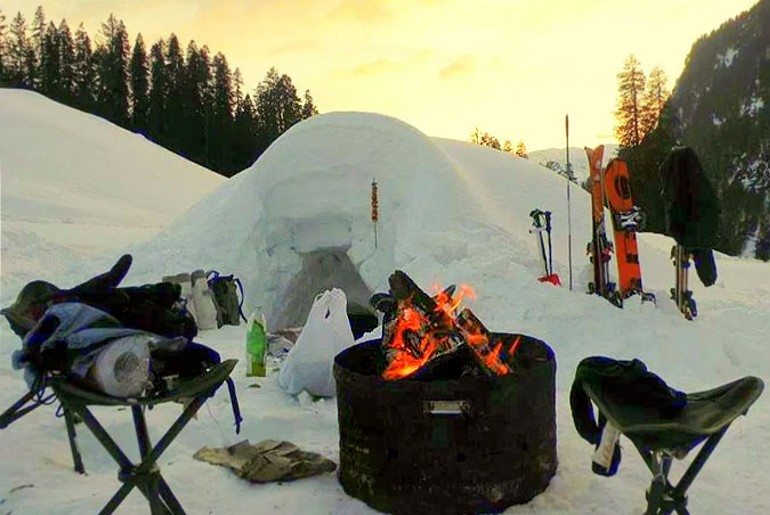 Also Read: 7 Dreamy Himalayan Resorts In Himachal You Can Stay Under ₹1500

Many People Are Up For Spending Nights Inside The Igloos

According to a TOI report, Vikas Kumar has said, “We assure tourists that the igloo structure is stable and durable and many people can stand on it without fear of its collapsing. We want the government to promote the Hamta area for winter tourism as the area is mostly north-facing, where snow melts very slowly. Also, we don’t want tourists to crowd and litter this beautiful area, which will surely be known for its snow villages in future.” Vikas added, “We are getting a large number of enquiries. Tourists want to spend at least one night inside an igloo, which is a new experience in India. We are gearing up to host tourists during Christmas and New Year when special arrangements will be made.” Meanwhile, watch the video below to have a glimpse into India’s first Igloo Hotel in Manali: