Manas Madhu: A Middle-Class Man Who Became A Millionaire With His Banana Chips Business 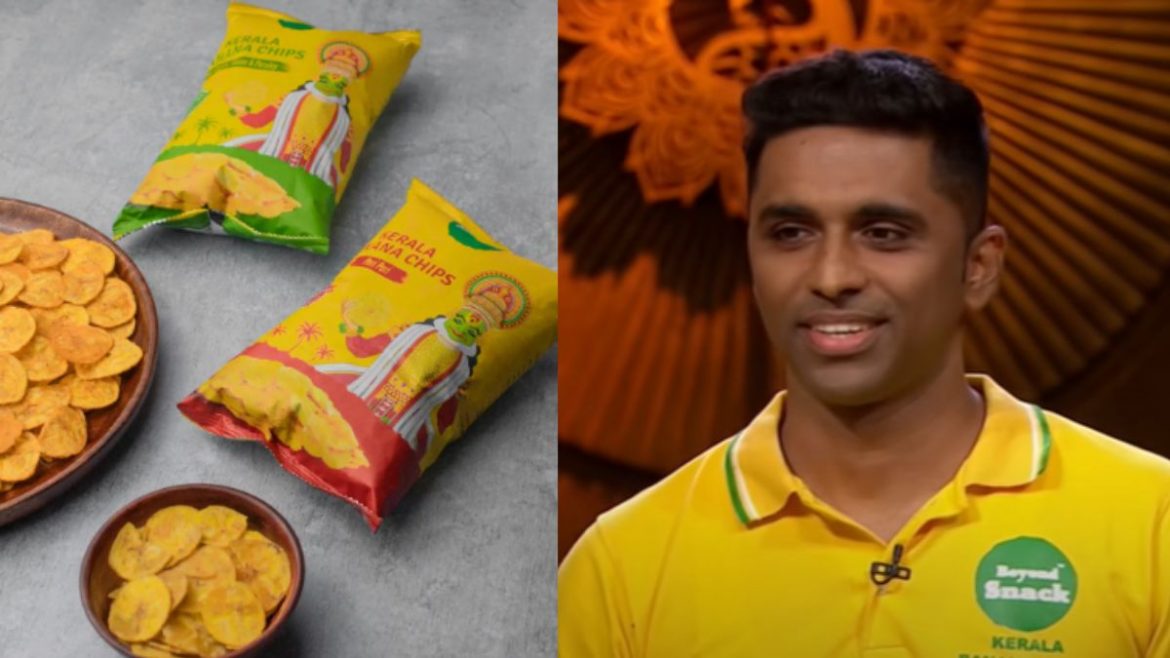 A middle-class boy who belonged to Kerala went to school, then did an MBA at the Symbiosis Institute of Business Management (SIBM) in Pune, and then worked at a corporate firm. Sounds like an ordinary story, right? But what happened next is totally inspiring and extraordinary. I am talking about the success story of Manas Madhu, the guy who bagged the first deal of Shark Tank season 1 and became a millionaire with his banana chips business.

Manas Madhu always wanted to start his own business but did not know what to do. He always knew that it would be something related to the food industry. All these years, from schooling to working at a corporate, he was in touch with his hometown, Kerala. One day he read an article on value addition, and that proved to be his Eureka moment.

Plantain chips, popularly known as banana chips, are a staple at any Malayali’s house. These chips are traditionally either sold by small street vendors or made at home. Manas thought of taking these chips global and quit his corporate job in 2018 to pursue his calling, the banana chips business. He launched his own company, Beyond Jak, which later changed its name to Beyond Snacks.

A post shared by Beyond Snáck Kerala Banana Chips (@beyondsnacks)

Also Read: The Onam Sadhya Meal With 26 Dishes Is A Must-Try For Every Foodie And Here’s Why

Beyond Snacks purchases the traditional plantains from the local farmers. These plantains are then processed and packaged without any interference from humans. It is then sold on e-commerce platforms, retail markets, and supermarkets. The snacks are sold in different flavours like peri-peri, hot and sweet chilli, salt and black pepper, desi masala, and the traditional original one. These thin and crisp banana chips are cholesterol and trans-fat free. Manas went a step further and pitched his company in the first season of Shark Tank India.

In the first season, he was the first entrepreneur to close a deal with not one, but two sharks. Sharks Aman Gupta and Ashneer Grover reached an agreement with Manas for 2.5% equity in exchange for 50 lakhs. Aman Gupta helped him with the branding of the product, while Ashneer helped him with the distribution. Just six months after his appearance in Shark Tank, his company, Beyond Snacks, is a hit among the people and is earning three times more than it used to.

Recently Ashneer had also shared  a picture with Manas talking about the success of Beyond Snack.

Manas is working hard and is focused on achieving his dreams. How inspiring is this?