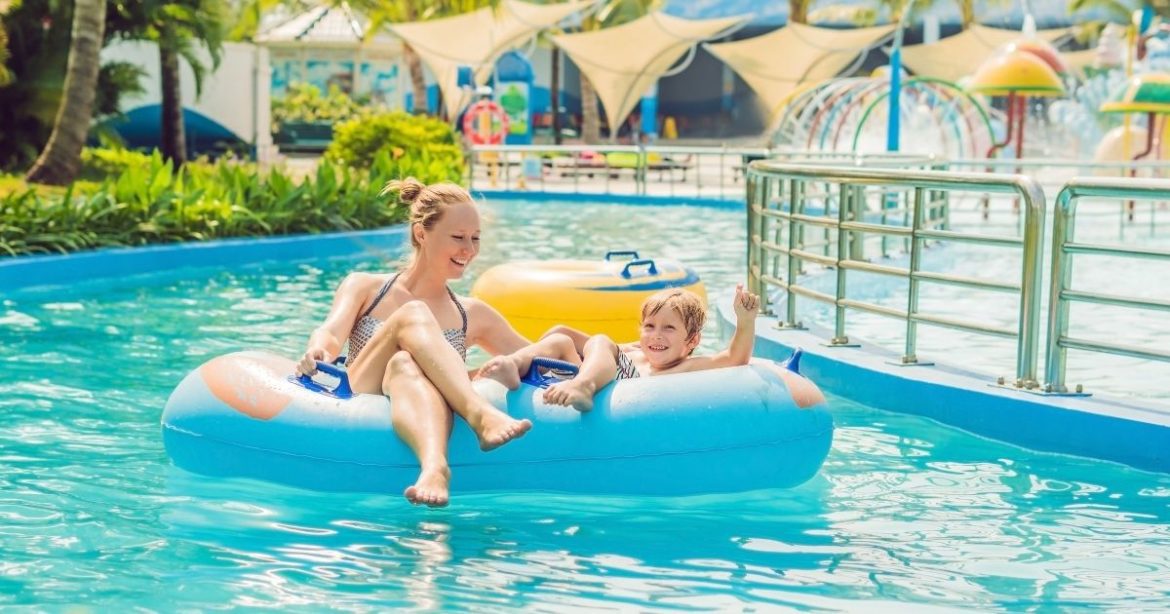 Weekends bring with them a lot of optimism. Two days to forget about the week’s responsibilities and have fun. And what better location than a water park to let your hair down? Soon, you’ll be able to visit Saudi Arabia’s Largest Water park, one of the flowing kingdom’s crown jewels. You’ll be spoilt with choices with some of the top rides right at your fingertips.

It will be the region’s largest water park, encompassing more than 252,000 square metres of land. It will easily surpass the current world record holder, Aquaventure Waterpark at Atlantis, The Palm in Dubai.

The 2.8 billion Saudi riyals ($746.6 million) aquatic theme park will settle in Qiddiya. We will recognise it as one of Saudi Arabia’s megaprojects and the country’s future entertainment, sports, and cultural centre.

There will be 22 rides and attractions in all. The park will divide into nine zones inspired by local creatures that inhabit the region around Qiddiya. Camel Rock, Surf Lagoon, Arabian Peak are a few of them.

Water sports equipment, as well as 17 restaurants and retail businesses, will be available here. The park will employ technology to minimise the amount of water needed by some rides by up to 75%. Also, reduce water pressure, which will minimise evaporation. Slides design is such that they can use less water than traditional water park slides. Effective environmental structures will lessen water use through reusing and savvy utilisation.

After a ride, swimmers don’t have to worry about plummeting into deep waters. The park’s attractions will feature a “run-out” idea. This means that rides will terminate in shallow pools. It will make it easy for the explorers to float softly out while using less water. Rainfall on the largest water park will be simply collected, processed, and utilised to irrigate the destination. This can be a beneficial plan to take advantage of the region’s few rainy days.