Mirabai Chanu Of Tokyo Olympics Is From This Scenic Northeastern Village & Here’s Why You Should Visit It Too! 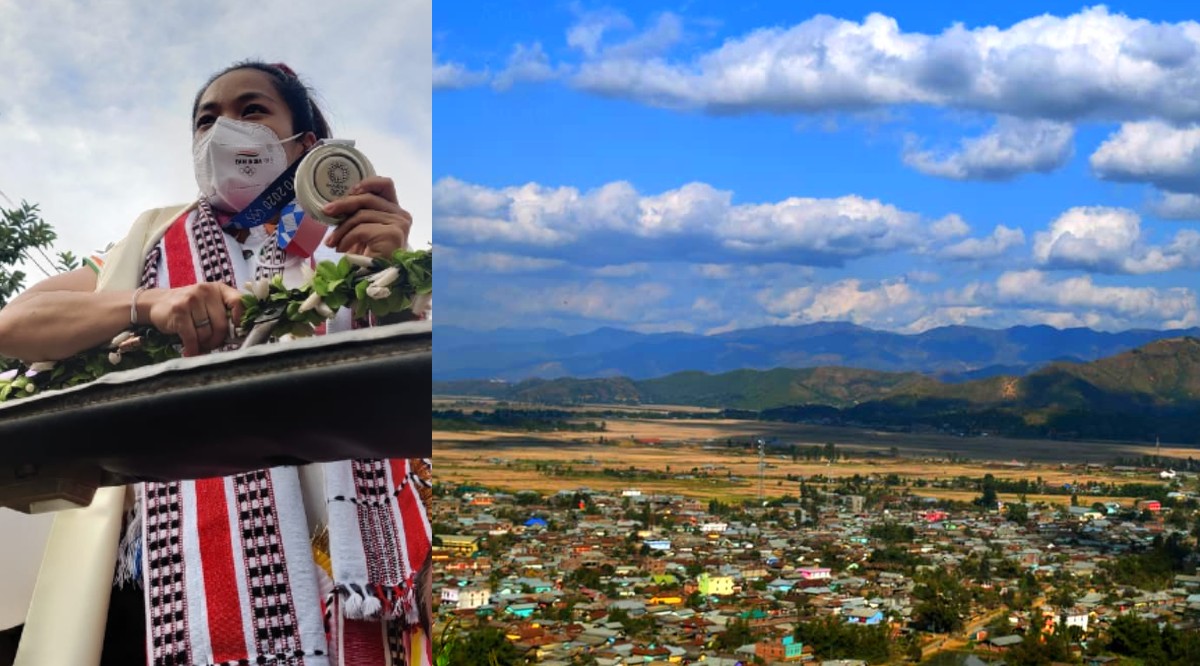 Saikhom Mirabai Chanu, who gave India the first medal from Tokyo Olympics 2020, hails from a picturesque village in Manipur. Mirabai bagged a silver medal in Women’s 49kg weightlifting. Her hometown, Nongpok Kakching is also called Manipur’s Granary for the production of the highest percentage of food grains in the state. The commercial town ringed by stunning mountains has a plethora of attractions like the Kakching Garden, the Matai Garden, the Langol Peak, the People’s Museum and the spectacular aerodrome.

Kakching is around 44 kilometres from the state capital Imphal and sits on the southern part of Imphal valley. The town has a prominent cultural significance, derived from the Meitei people, their storytelling, dance forms and martial arts. Mirabai also belongs to a Meitei family. Her prowess in weightlifting was identified by her family when she was just 12 years old. Her elder brother found it difficult to carry a heavy bundle of firewood back home. But the work almost seemed like a piece of cake for Mirabai. One of the most noteworthy celebrations of Kakching is the Kakching Haraoba festival.

Also Read: Domino’s Gifts FREE PIZZA FOR LIFE To Mirabai On Her Winning Of Silver At Olympics

Kakching houses two marvellous gardens, the Kakching Garden and the Matai Garden. The Kakching garden is located in Uyok Ching, which also has a Mahadev Temple and a rose garden. The Matai Garden is studded with lush green Duranta plants. The People’s Museum is an ethnographic museum with a captivating collection of tribal ornaments, tools and rare manuscripts of the state, belonging to ancient times. It also has artefacts from the stone age. The markets at Kakching sell many local items. You can hoard beautiful mementoes from these places.

With scenic vistas, rich heritage and heartwarming people, Kakching is a breathtaking destination in the North East that should not be missed out on.