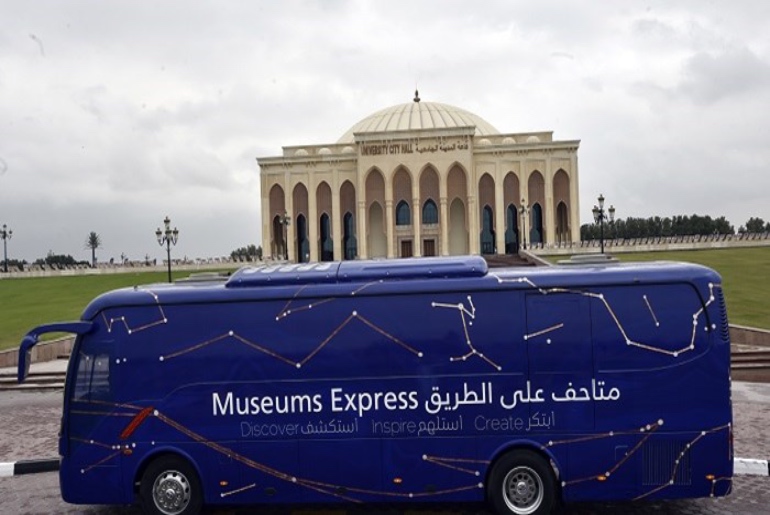 As part of UAE’s Innovation Month, Dubai has a mobile museum touring around Sharjah. The 47-seater Museums Express bus carries museum exhibits and artifacts dating back to centuries.

UAE now has a mobile museum! Marking the month of innovation in the UAE, Sharjah has a museum bus, touring around schools in the region. The bus carrying museum exhibits will stop at 14 schools through the eastern and central region of Sharjah. How cool is that!

On board the 47-seater Museums Express, pupils can see exhibits and artifacts including an Astrolabe– an instrument used to measure altitude above the horizon by 10th Century navigators and astronomers, and a compass used by 15th Century Arab cartographer Ahmad Bin Majid. A replica of a pearl necklace dating back 7,000 years and several artworks by numerous Arab and Emirati artists are also part of the exhibits. A replica of a glider designed by German aviation pioneer Otto Lilienthal is on display too. 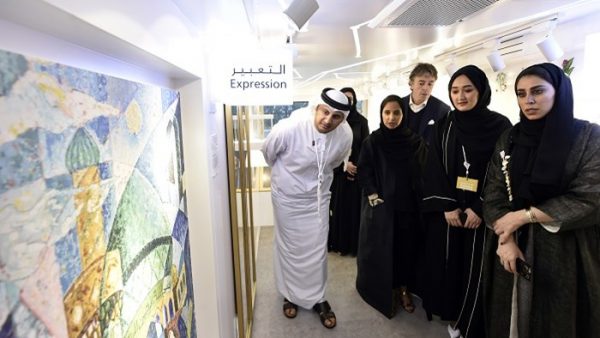 The new initiative is an attempt to give people a better insight into UAE’s cultural heritage, and also encourage learning and creative thinking. The bus was set up by the Sharjah Museums Authority (SMA) in partnership with Bee’ah, a UAE recycling and waste management firm. While the first phase of the project targets 4,000 students in 14 schools, the second phase is expected to include other schools in different parts of the country.

That said, Dubai is also gearing up to welcome the Museum of the Future in 2020. The destination that will give an exciting insight into the future of science, technology, and innovation. The project is an initiative to make Dubai a centre for innovation and also encourage innovative thinking.

The oval-shaped museum will have innovation labs focusing on health, education, smart cities, energy, and transport in addition to a permanent section on future innovations in all fields. This will, in turn, provide a platform to test the latest inventions from tech-giants, and collaborate with start-ups, research institutes and universities.

The museum will also hold science conferences, and workshops covering the latest inventions, and practical applications. In brief, it will become a major centre for futuristic science and technological projects, in collaboration with governments from all over the world.

As for its design, The Museum Of Future is designed by the architectural firm Killa Design. The exterior of the building is made of steel and glass façade, along with an Arabic poem about innovation, woven in it.