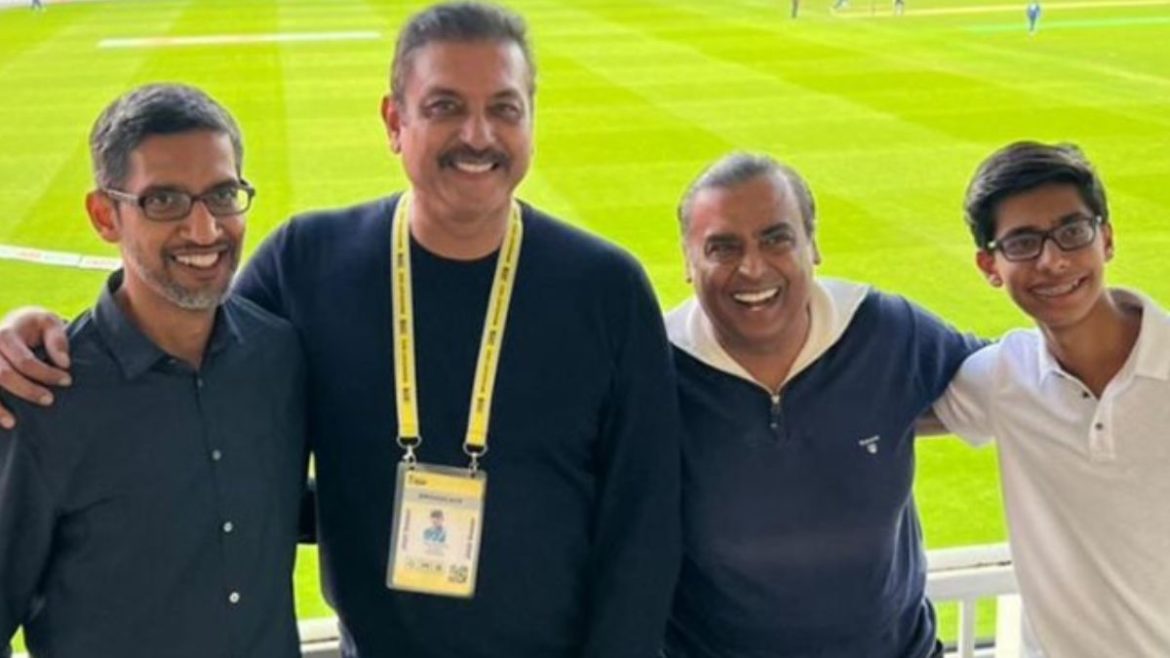 Reliance Industries Chairman Mukesh Ambani was recently spotted at Lord’s in England. A picture that has gone viral on social media shows Mr. Ambani along with the Google CEO Sundar Pichai and former India head coach Ravi Shastri enjoying a match between the London Spirits and Manchester Originals on Monday. Ravi Shastri took to Twitter to post the image and netizens have deemed it a powerful picture. Imagine having one of India’s richest people, one of Silicon Valley’s most influential CEOs, and a decorated former cricketer and coach in a single frame! Read on to know about the internet’s reaction to this special meet-up of Mukesh Ambani with Sunder Pichai and Ravi Shastri at Lords.

On August 9, 2022, former Indian cricketer and coach Ravi Shastri tweeted a picture from Lords stadium. The former cricketer recently enjoyed watching a match between the London Spirits and Manchester Originals on Monday along with Reliance Industries Chairman Mukesh Ambani and Google CEO Sunder Pichai. He captioned the image as,
“In the august company of two people who love their cricket @HomeOfCricket – Mr Mukesh Ambani and Mr @sundarpichai at @thehundred @SkyCricket.” After the picture was uploaded, it soon went viral on Twitter and even gave shape to a lot of rumors. After spotting Mukesh Ambani with Google CEO Sunder Pichai, lot of users speculate a potential investment in England’s cricket league.

In the august company of two people who love their cricket @HomeOfCricket – Mr Mukesh Ambani and Mr @sundarpichai at @thehundred @SkyCricket pic.twitter.com/JYnkGlMd8W

Reliance Had Always Been Deeply Invested In Cricket

Mukesh Ambani and Reliance have always been deeply invested in cricket. They own 3 T20 leagues in 3 countries which include BCCI’s IPL, Emirates Cricket Board’s upcoming UAE T20 League, and the very recent Cricket South Africa’s T20 league. So when Mukesh Ambani was pictured watching a game of cricket at Lords with the Google CEO, netizens immediately started speculating his interest in ‘The Hundred’. ‘The Hundred’ is England’s innovative cricket league, each match consisting of 100 balls. Now whether the Reliance Industries Chairman is up for a new sports partnership with the Google CEO, only time will tell! 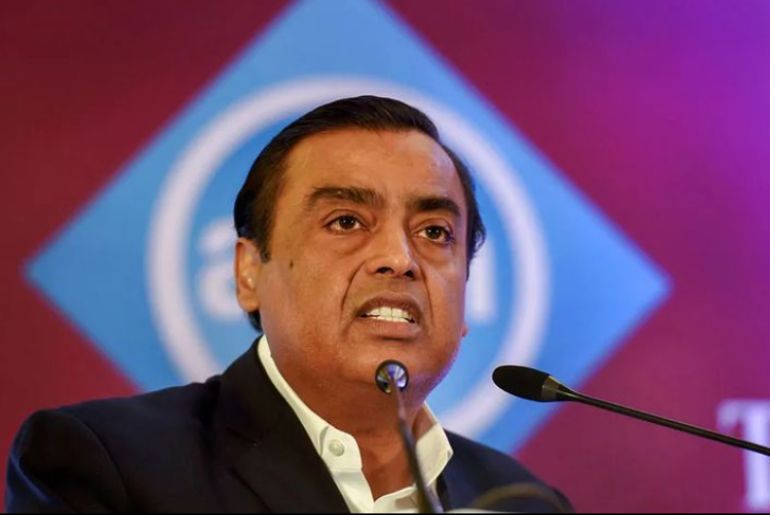