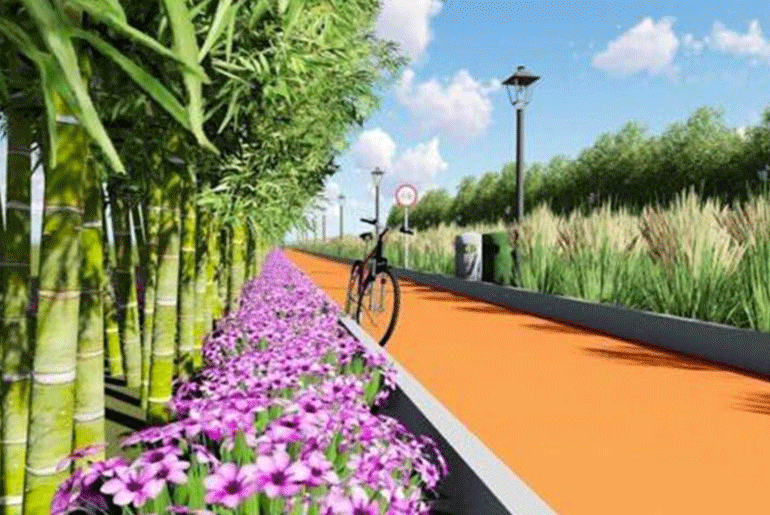 Mumbai is all set to get one of India’s longest jogging & cycling tracks that will extend from Mulund to Antop Hill.

In what we consider as one of the best announcements of 2017 (Yup, this beats Justin Beiber coming to India), Mumbai is expected to get a 10m wide and a 39km long stretch that will serve as a cycling and jogging track. What’s even better is that for a change it doesn’t just serve the townies but extends all the way from Antop Hill in Eastern Mumbai to Mulund in Central Mumbai. People of the suburbs, rejoice!

Currently, only 1.5 km of the track has been opened to public while the rest is still under construction. This track opened in January 2018, but the rest shall also be open for use by 2019.

Also read: Mumbai To Get Its First AC Local From Churchgate To Borivali

The 300 crore plan is expected to have 40 entry-exit points and will connect 4 monorail, 7 metro and 19 railway stations. The route will have various themes running through it including a biodiversity corridor, Bollywood walk and a Mumbai books route.

Take a look at some of the project representations as tweeted by Twitter.com/CMOMaharashtra The cyclist path next to the pipeline The rest of the track is expected to go live by 2019 and work is expected to start as soon as October 2017. The track will run along the Tansa pipeline and the BMC is currently identifying the space that needs to be cleared for it. The state government is also looking to create cycling tracks in 10 major cities of Maharashtra, namely Nasik, Pune, Amravati, Latur, Nagpur, Kolhapur, Chandrapur,Jalgaon, Solapur and Aurangabad.

We love this new eco-friendly addition to the city and couldn’t be more excited!