Museum Of Future Features On Emirates Brand New A380 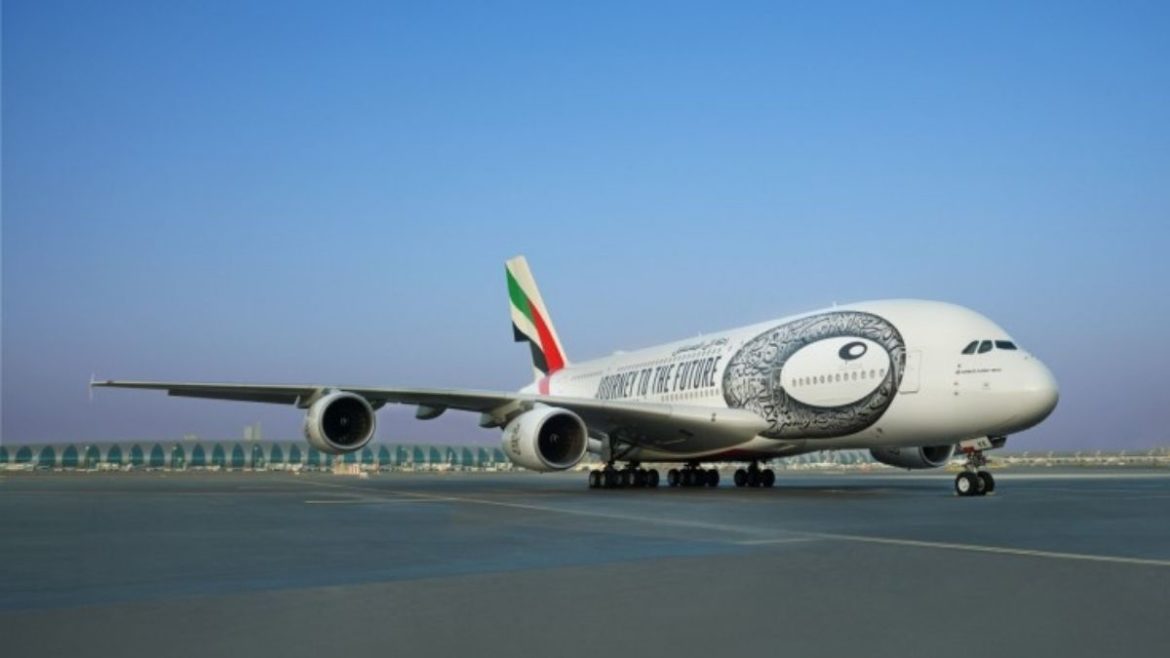 Emirates Airlines has unveiled a new bespoke A380 livery portraying Dubai’s latest icon, the Museum of the Future, for ten of its superjumbos. And it will expectedly fly to Los Angeles on Thursday. Emirates’ Museum of the Future A380s will commute to Europe and significant Arab regional capitals. Over the next week, the nine planes left out will get into gear.

This effort demonstrates Emirates’ unshakable commitment to Dubai’s aim of being the world’s premier metropolis of the future. It promises to be a centre for innovation and a testbed for new technologies. It also encapsulates the UAE’s 50 years of success and development.

The calligraphy, which is ring-shaped, encircles both sides of the new A380. It also features the slogan “Journey to the Future” throughout the fuselage, spanning 336 sqm. His Highness, Sheikh Mohammed bin Rashid Al Maktoum’s statements adorn the exterior. The airline will manufacture a total of ten A380 liveries. They will travel to almost 30 locations worldwide in the following year. The goal is to spread the museum’s theme of building a brighter future.

Museum Of Future Opened Its Doors In February 2022

This structure is the most majestic building in Dubai at the moment. And while the museum takes you one step closer to the future, it also offers an experience that you can partake in nowhere else. The ‘world’s most beautiful building,’ Museum of the Future, has become one of Dubai’s iconic design wonders. The seven-story, pillarless, torus-shaped, aims to inspire the world to envisage the possibilities of tomorrow via mesmerising displays and futuristic experiences. The emptiness created by the building’s ring represents unknown and unexplored knowledge

Also Read: 4 Things You Can Only Experience At The Museum Of The Future