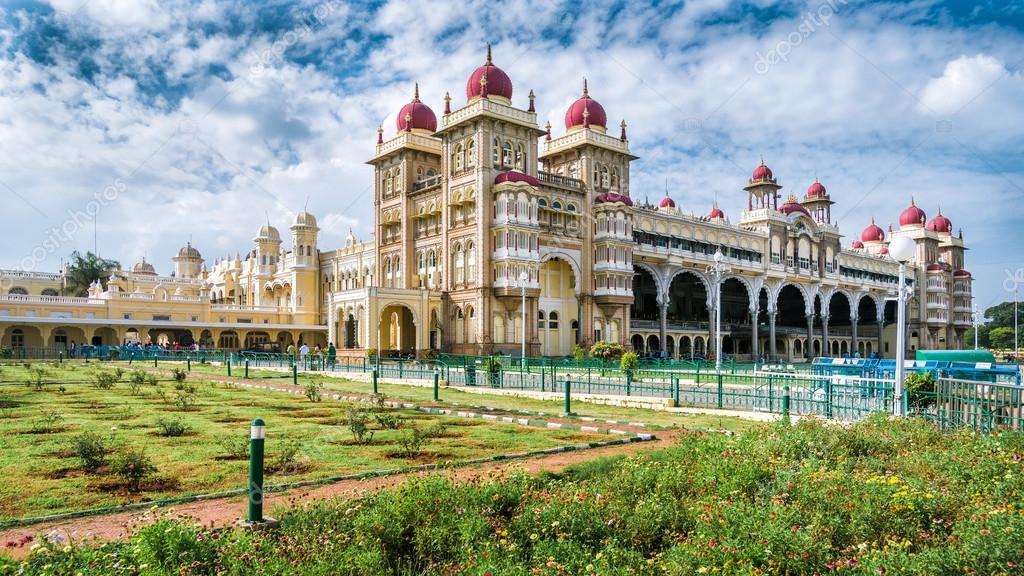 Mysore, the land of royals and magnificent tourism is considered to be one of the most romantic and historical destinations of India. Apart from the Chamundi hills, Mysore is also called the “City of Palaces”. The city holds 7 splendid palaces and the Mysore Palace is in the crown of them all. 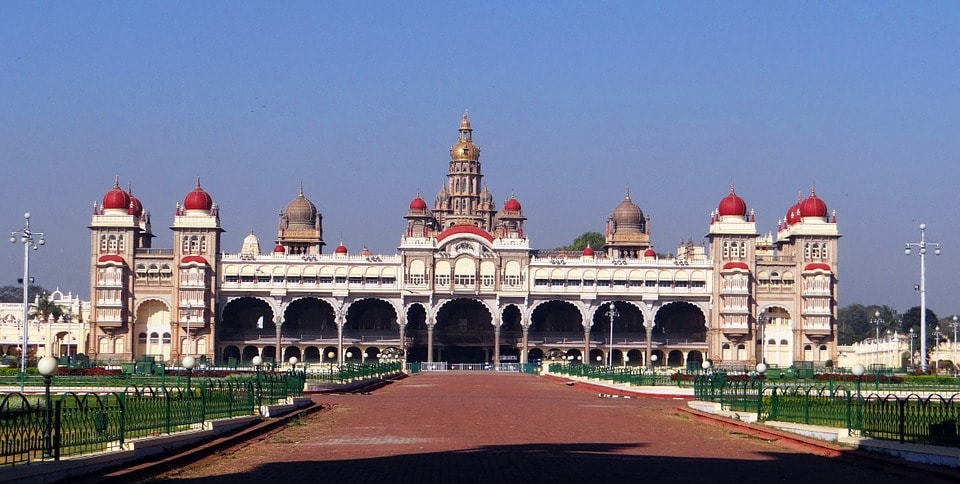 Any trip to Mysore is an incomplete venture without the tour of this glorious Fort. Here are some mind blowing facts about the Mysore palace that will induce you to pack your bags and leave for an unplanned vacation:

The Mysore Palace was formerly built with beautiful wooden design and interiors but was burnt down in the year 1897 during the marriage of Princess Jayalakshmmi. It was then commissioned to rebuild the palace which was finished in 1912 with an estimated cost of Rs. 42 lakhs approximately. The rebuilt palace is an Indo-Saracenic combination of Muslim, Hindu, Rajput and Gothic styles of architecture.

The newly constructed palace was an epitome of excellence which took 15 years of hard work and labor. The entire design and interiors was handled by King Krishnarajender Wodeyar to British Architect Henry Irving. The final outcome was a three-storied rock assembly, with marble cupolas along with a 145-ft five-storied tower. The palace is surrounded by a large garden with added royal ornaments. 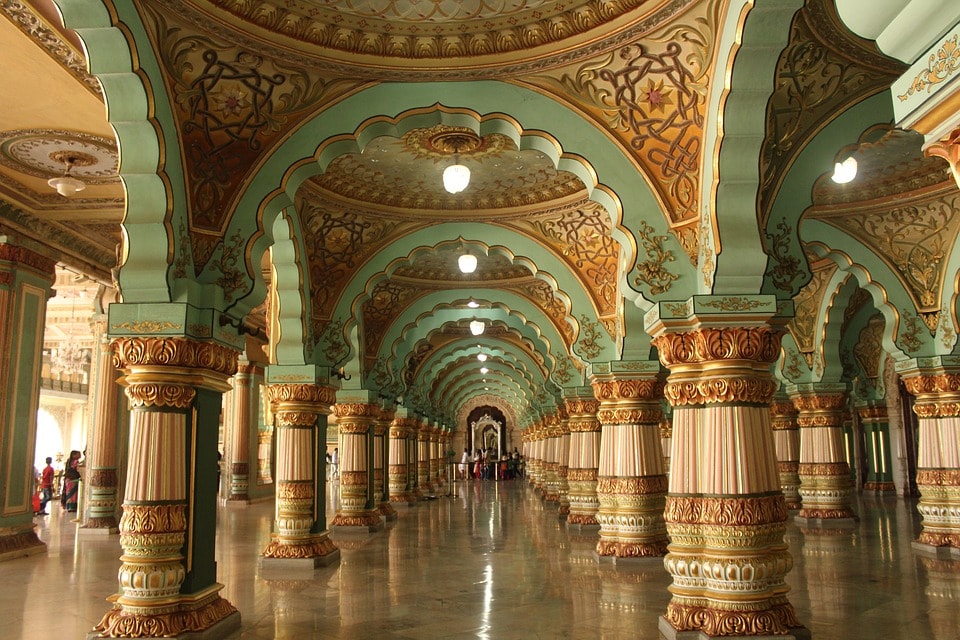 The royal palace encompasses a beautiful collection of royal paintings, ornaments, costumes, souvenirs, weapons etc. which are antique and possessed by the Wodeyar dynasty since centuries. The museum is decorated tastefully with delicately intricate carvings on all doors, handles created of pure silver, the mahogany ceilings, the marvelous courtroom and the white marble flooring.

The Mysore palace has an annual count of more than 6 million visitors making it one of top visited places in India after the Taj Mahal.

The Golden Throne or the regal seat, an archetype of brilliance is also called Ratna Simhasana or Chinnahada Simhasana with splendid oeuvre on its gold plates which is showcased exclusively during the famous 10 day Dassehra festival of Mysore. The Maharajas used to sit on this golden throne and run the courtroom in the Palace’s Durbar Hall. Due to auspicious reasons in earlier times, the kings used to build temples inside the forts or their premises. The Mysore palace complex has a medley of twelve beautifully carved and very exquisite Hindu temples. The oldest of these was built in the early 14th century, while the last temple was built after the Indian independence in 1953.

The humongous and exquisitely brilliant paintings of the eight manifestations of Goddess Durga Shakthi (strength) like the Shailputri, Bhramhacharini, Katyayani, Kalratri, Kushmanda are present in the palace along with an original work from the famous artist Raja Ravi Verma is also open to public viewing.

The Dussehra festival celebrations in the Mysore Palace are touted to be one of the best affairs in the country. It is a 10 day festival during which the entire palace is decorated just like a bride and hosts various number of parades and processions honoring the festivities. Many famous artists are welcomed to perform on stage that’s constructed in between the palace grounds. During ancient times, kings sat on the Ambari (Palanquin) which was conceded by an elephant throughout Dussehra. Today Goddess Durga’s idol (statue) is placed in this Ambari during Dussehra festivities. 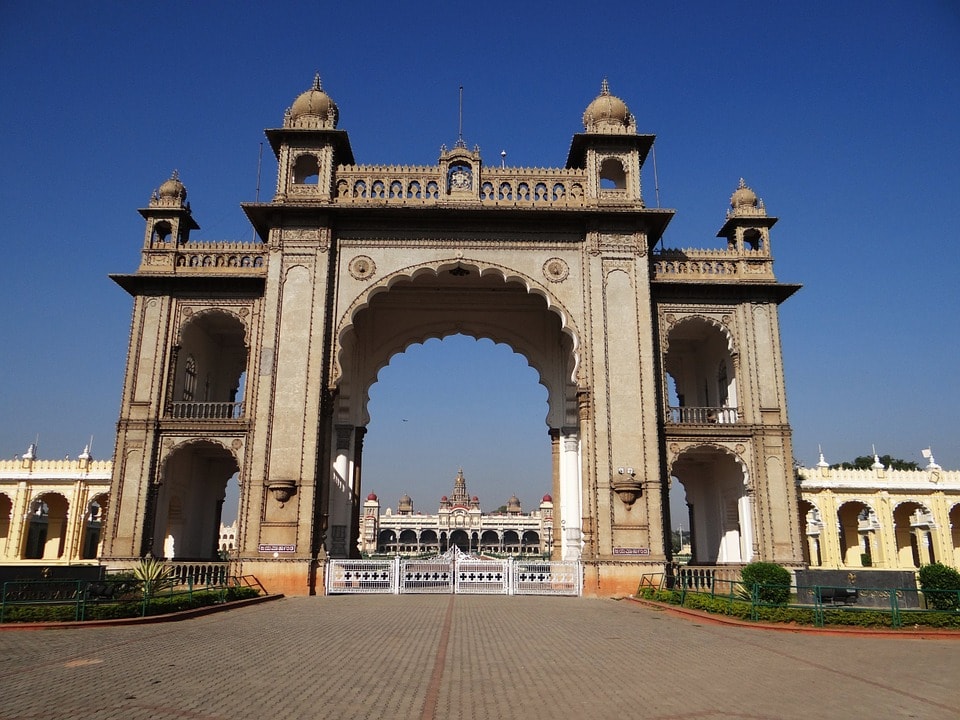 All the tourists who visit the Mysore palace can now take part in the exciting entertainment and activities that happen during the Dussehra festivities. The palace management has introduced mini battery operated golf carts that are available from 10 am to 6 pm at the entrance of the palace with minimalistic rates i.e., Rs. 40 for adults Rs. 20 for child and Rs. 10 for educational tour (letter from school management needed).

The entire palace holds many stories that go way back during the monarchical era. Whether if it’s the Gombe thotti (entrance), Diwan-i-aam, Kalyana Mantapa(marriage hall) or Ambivalasa(king’s royal suite) all of these have special rooms filled with stories of the Kings anecdotes, princess tales, war strategies and many more making this palace historically substantial and principally enthralling.