Ever wondered what astronauts eat in space? They eat a variety of items similar to what we eat on earth but the food is first dehydrated and then prepared in special ways. And while space shuttles have full kitchens, running out of stored food on long missions is easily a possibility. And while NASA aims for deep space human exploration in the future, scientists are working towards establishing a proper food source for the astronauts expected to live in space.  Earlier, NASA scientists had managed to grow radishes in space to feed the astronauts. In the latest development, NASA is growing red and green chilli peppers on the International Space Station (ISS).

According to a report by Slashgear, astronauts aboard International Space Station are growing chilli peppers as part of NASA’s Plant Habitat-04 (PH-04) experiment. This experiment involves growing several varieties of food inside the space station for consumption. The Hatch chilli pepper in the space station are grown in an artificial environment. They will take several months to grow. As per a Times of India report, NASA’s Kennedy Space Center revealed that this will be one of the prolonged and most challenging plant experiments ventured aboard the orbital lab.

Scientists aboard the International Space Station have been doing extensive research on plant growth in microgravity. Scientists have now grown a batch of radish inside the Advanced Plant Habitat, a self-contained growth chamber that requires little to no human intervention 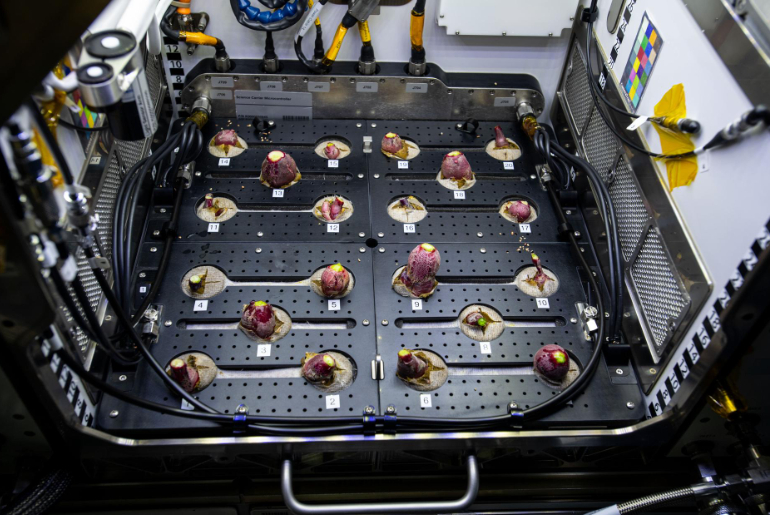 The growth chamber allowed the growth of the plants in the absence of gravity. The chamber is equipped with LED lights, over 180 sensors and cameras, and porous clay. The sensors and cameras help monitor plant growth. The scientists also adjust the condition including the distribution of water and fertilizer, and temperature levels control.

Also read: NASA To Soon Launch A $23 Million Toilet Made Of Titanium To Space 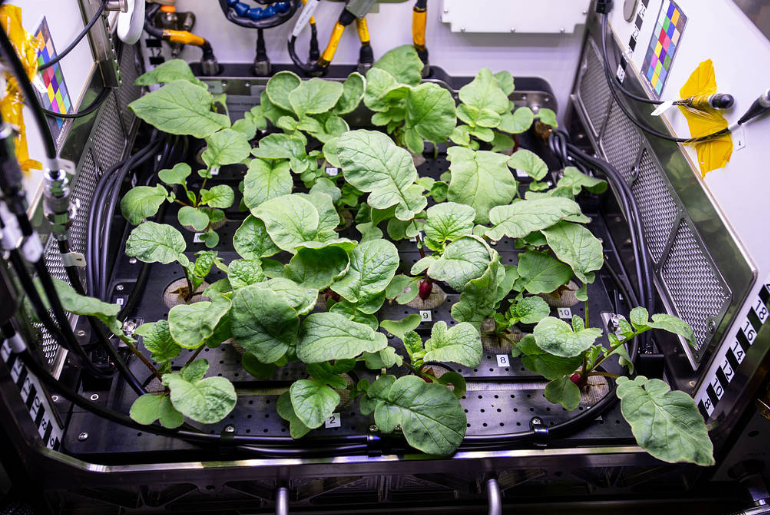 Plants Were Seeded In Pillows

A recent release by ESA explains that the growth of plants in zero gravity. The plants were first seeded in ‘pillows’ to help distribute the fertilizer and water evenly to the roots. The research also showed that plants respond best to red and blue light.

A few days ago we told you how scientists have enabled spinach plants to send emails. We can only watch and be a spectator to these marvellous inventions.