Creating a historic moment, four astronauts commenced their journey on November 15 for the 6-month long Crew-1 mission. It is the first operational human flight for Crew Dragon spacecraft of SpaceX, as part of the commercial crew mission of NASA. Two astronauts, Bob Behnken and Doug Hurley, had completed a successful test mission on a SpaceX Falcon 9 rocket in May. Now, the Crew-1 mission, which will also be the first long-duration spaceflight from the US in nine years, will keep the astronauts on board for six months. The Crew Dragon will return to the earth in May 2021. NASA is also planning to launch a $23 million ( ₹1,706,604,600) toilet made of Titanium to space. 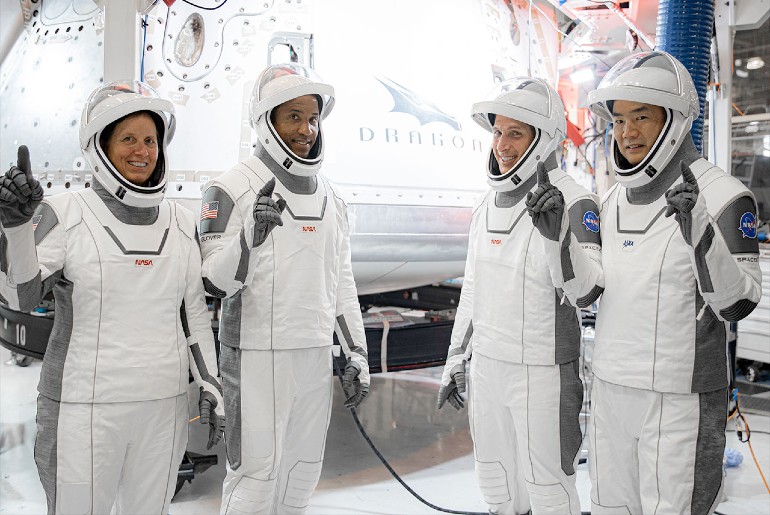 Come November 15, four astronauts, Mike Hopkins, Victor Glover, Shannon Walker and Soichi Noguchi departed for the first commercial crew mission of NASA, the Crew-1 mission. The spacecraft was launched from NASA’s Kennedy Space Center in Florida, and according to a TechCrunch report, the launch system has been designed to operate in a fully automated manner. Also, Shannon Walker is the first woman to dive into the orbit on a commercial spacecraft. UK supermarket had also sent the first-ever chicken nugget into space to mark 50th anniversary.

Also Read: California’s Orange Poppy Bloom Is So Bright That It’s Visible From Space By NASA

A Historic Moment For The Space Center

According to ABC News, NASA Administrator Jim Bridenstine said, “This is another historic moment — it seems like every time I come to Kennedy [Space Center] we’re making history, and this is no different.” He added, “The history being made this time is we’re launching what we call an operational flight to the International Space Station. The whole goal here is to commercialise our activities in low-Earth orbit.” 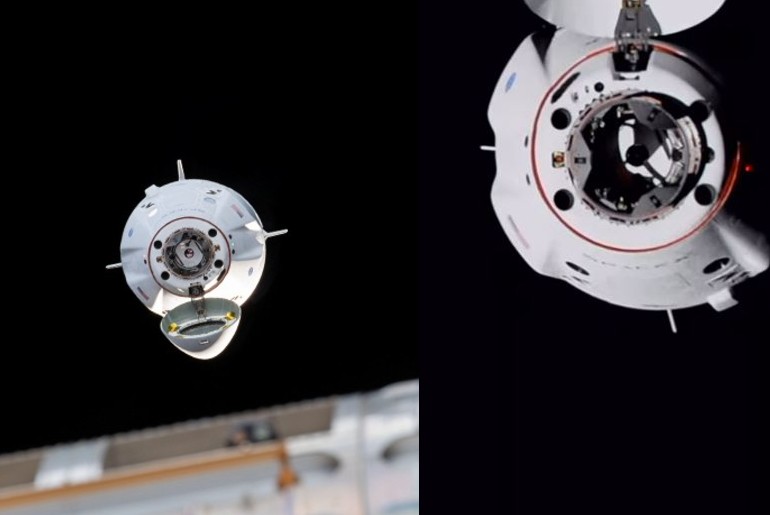 President-elect took to Twitter to congratulate the team on their mission. He wrote, “It’s a testament to the power of science and what we can accomplish by harnessing our innovation, ingenuity, and determination. I join all Americans and the people of Japan in wishing the astronauts Godspeed on their journey. Reportedly, the Dragon spacecraft has six seats but it will fly with a maximum of four people.

Congratulations to NASA and SpaceX on today's launch. It’s a testament to the power of science and what we can accomplish by harnessing our innovation, ingenuity, and determination. I join all Americans and the people of Japan in wishing the astronauts Godspeed on their journey.

Also Read: Booking Open To Travel To Space And Here’s How The Future Hotels Will Look Like

The launch of the Crew-1 Mission is a revolutionary step for SpaceX, the California company founded by Elon Musk. The rocket took off from launchpad 39A, the swath that had hoisted the crew of Apollo 11, Neil Armstrong, Michael Collins and Buzz Aldrin in 1969. Meanwhile, here’s the video of UAE’s Mars probe arriving in Japan:

You Can Win 2 Flight Tickets By Sharing...

Duomo At The Dubai Edition Hotel Is The...