It’s a bird, it’s a plane… no, it’s a field full of orange poppies! In an unbelievable event, California’s orange poppy bloom was so massive and bright, that it was seen from outer space by NASA! The fields of USA’s Antelope Valley California Poppy Reserve not only painted the town but the entire space, orange. National Aeronautics and Space Administration (NASA) shared a series of images recently to show the sheer beauty of the orange wildflowers that bloomed on a massive scale. Now isn’t this a floral extravaganza! What makes this year’s poppy bloom special is that after suffering months of drought, the rainfall during March and April helped the poppy fields to bloom to its full glory. NASA shared the pictures on its Earth Observatory website and stated that these images were clicked on April 14 by the Operational Land Imager (OLI). The US space agency explained on the website “While the orange poppies are easy to spot in satellite imagery, the fields also contain cream cups, forget-me-nots, purple bush lupines, and yellow goldfields (a relative of the sunflower)”. 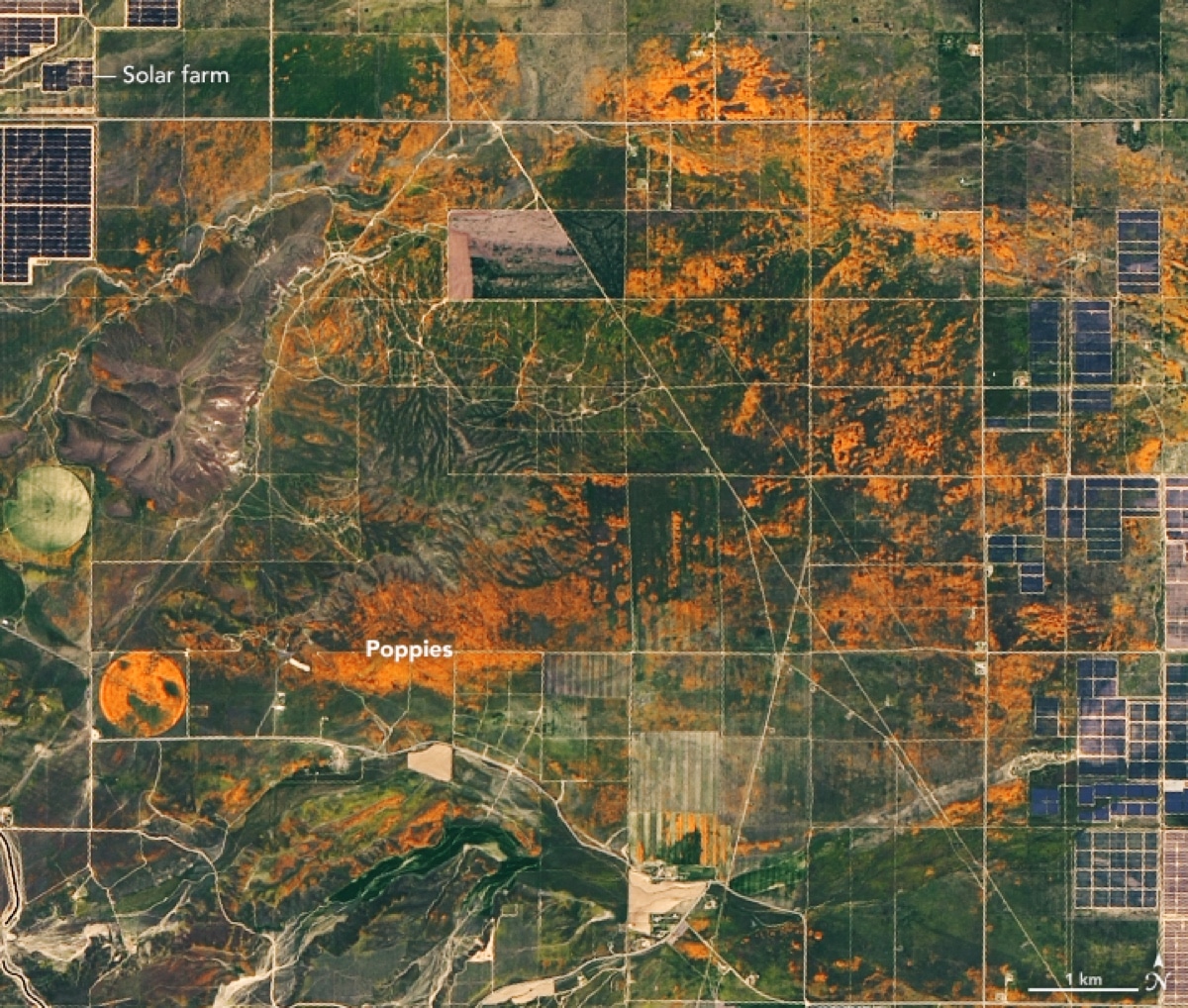 NASA captioned the image as  “Orange You Glad It’s Spring? After a wet March & April 2020, fields of poppies colored @PoppyReserve a bright orange. Park officials called this bloom an “unexpected” surprise due to the late-season rains.” Now, these pictures just show us how bright these wildflowers from California are when they’re at the peak of their bloom. NASA further stated that depending on the day or hour, the orange patches might transform in appearance. The poppies open their petals during the sunny period, resembling a large orange blanket on the landscape. And during cold or windy conditions, the poppies close up.

After a wet March & April 2020, fields of poppies colored @PoppyReserve a bright orange. Park officials called this bloom an “unexpected” surprise due to the late season rains.

Take A Virtual Tour Around The Poppy Reserve

California’s Antelope Valley might be exploding with colour thanks to the massive quantities of orange poppy blooms. But unfortunately, it remains temporarily closed this year due to the coronavirus measures. So even though it’s not possible to witness this floral extravaganza this year, thanks to NASA we could get a glimpse of this gorgeousness all the way from space. 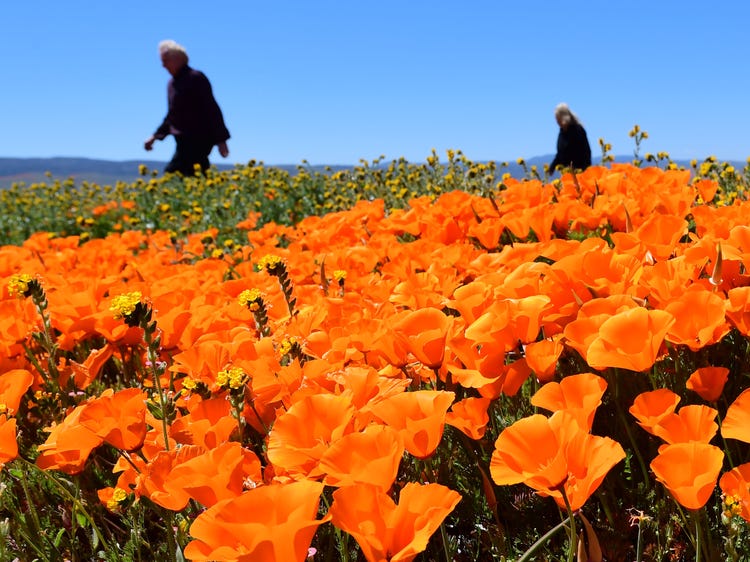 Since these poppy fields are situated near NASA’s Armstrong Flight Research Center, the land imager aboard the Landsat 8 satellite captured the super bloom at its peak. So if you wish to see this year’s super bloom, you can take a virtual tour around the Antelope Valley California Poppy Reserve below. On a similar note, the World’s Biggest Tulip Garden Opens Up In Uttarakhand In India