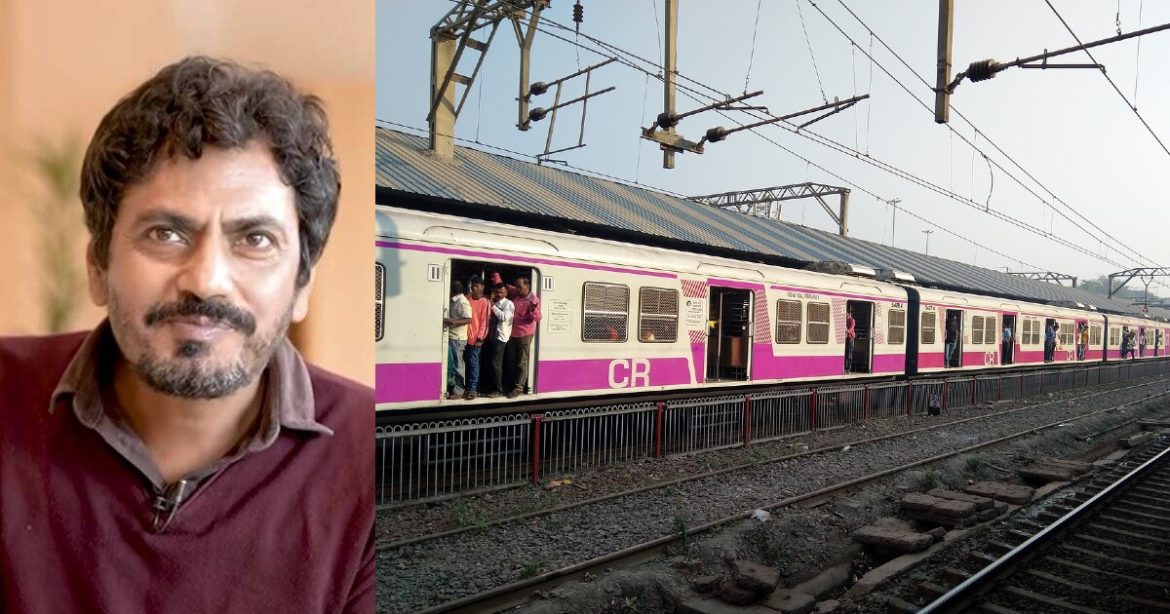 Actor Nawazuddin Siddiqui has wowed fans with his stellar performances. The actor despite his fame and fandom has often been lauded for his humility and simplicity. Recently, the Gangs of Wasseypur star created headlines for his palatial property in Mumbai, situated near SRK’s home, Mannat. And now, Nawazuddin Siddiqui created a storm on social media after a video of the star travelling by Mumbai local went viral. Here are the deets.

In a video circulating on social media, actor Nawazuddin Siddiqui can be seen waiting for a Mumbai local at the railway station platform. The star wearing a face mask, goggles and a bandana around his head, stayed disguised from the crowd, lest a fan frenzy breaks out. In order to beat the heavy Mumbai traffic, he ditched his four-wheeler and instead chose to travel by train from the Mira Road railway station to reach an event venue on time. Post the train ride, he boarded a two-wheeler to reach the venue soon.

He Revealed To Curly Tales About Working As Watchman Earlier

Earlier, in an interview with Curly Rales, Nawazuddin Siddiqui revealed to CHief Editor Kamiya Jani that he worked as a watchman for ₹500 per month. He shared his love for travel, especially visiting European countries. And also spoke about his ardent love for Mutton Dum Biryani. For the exclusive interview of Nawazuddin Siddiqui with Curly Tales, watch this video below.