Not Alcohol, Pepsi Addicted Man…
This Is How India’s Desi…
Delhi To Introduce Food Trucks…
Get Feels Of South Bombay… 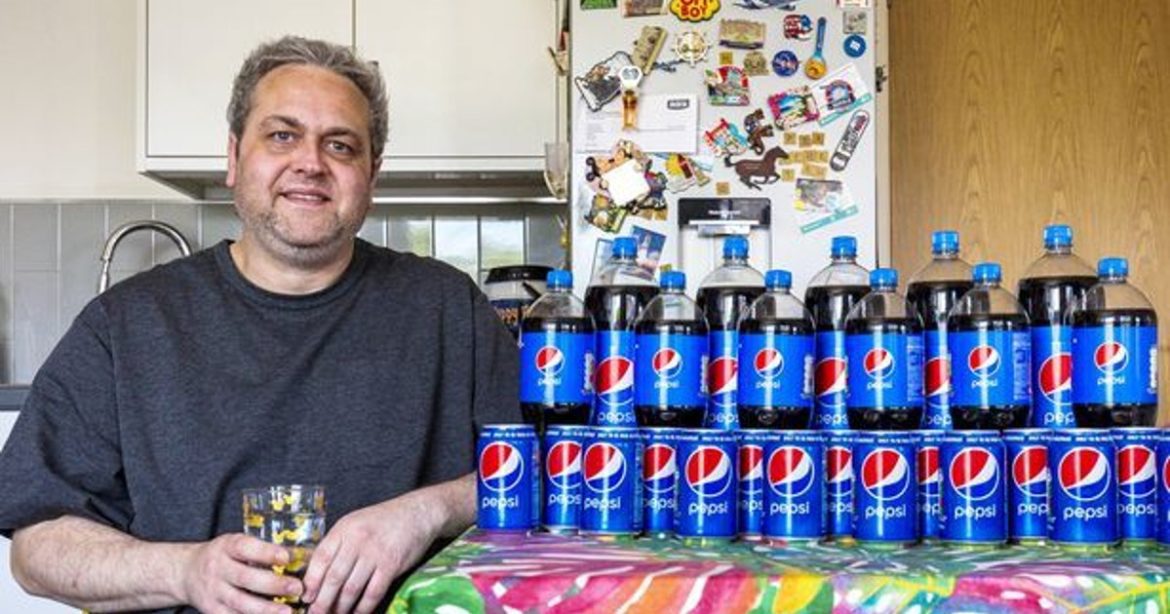 We all have our guilty pleasures, especially when it comes to indulging in junk food and aerated drinks. But what is these indulgences end up becoming part of our lifestyle? Well, a UK man named Andy Currie took his love for Pepsi to another level. He consumed around 10 litres of Pepsi a day for 20 years. Read on to know more.

Andy Currie Drank Over 30 Cans Of Pepsi Per Day

When it comes to fizzy drinks, the reason we adore them so much has to do with their fizzy nature, sweet taste and high caffeine content. It just makes us crave it more. 41-year-old Andy Currie from the UK was so addicted to Pepsi that he literally couldn’t function without it. Pepsi flowed through his veins. The Pepsi addict guzzled over 30 cans of Pepsi per day for 20 years, spending around $8500 (₹6.6 lakhs) per year on Pepsi.

Also Read: 5 Food And Other Ad Jingles By KK Every 90s Kid Will Remember

Also Read: Russian Man Handcuffs Himself To McDonald’s Door To Save It From Closing

Over a span of 20 years, he started his day by sipping cold Pepsi and drink a further nine litres of the cold drink during the day. Since he worked late nights, he liked the sugar rush of the drink to get him going. Andy Currie finally decided to put an end to his problematic Pepsi addiction after his doctors warned him of developing diabetes. With a help of a London-based therapist and hypnotist, David Kilmurry slowly put his days of Pepsi addiction behind him.