‘Not Even 30 Seconds’, Quirky…
Travelling From Mumbai To Pune?…
This Hill Resort Near Bangalore…
5 Oldest Airlines Of India…

‘Not Even 30 Seconds’, Quirky Parking Signs Go Viral In Bengaluru 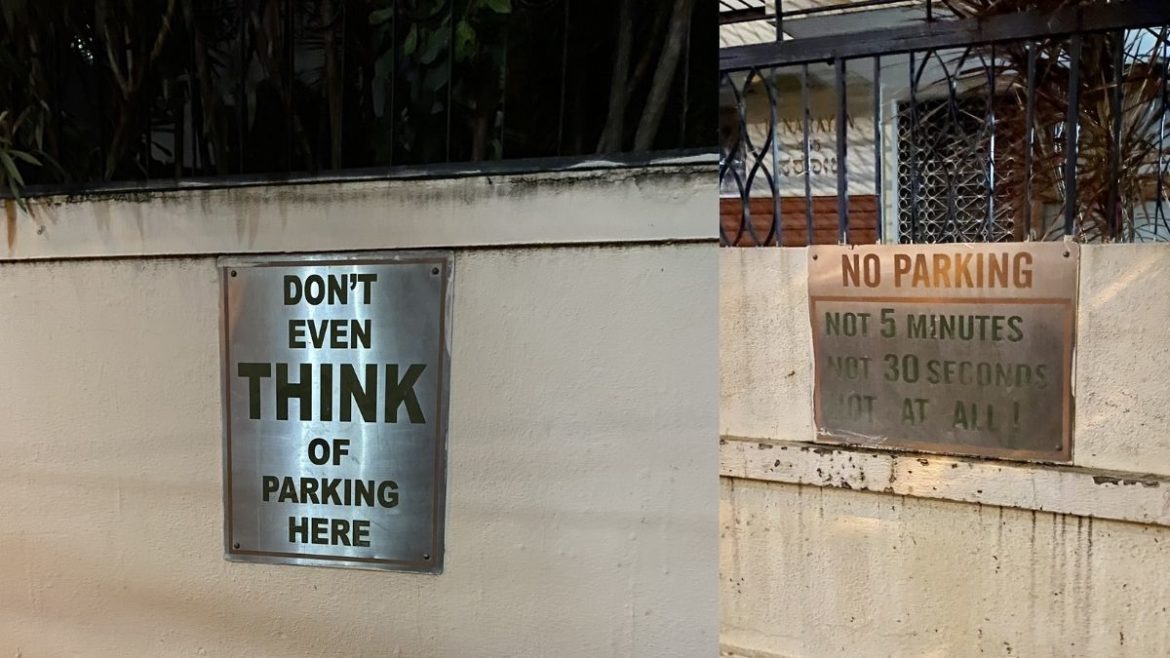 Vehicle Parking as an issue is growing every single day as more and more vehicles get added up in the cities. To relieve this issue, Metro cities came up with separate parking zones, trucks and marshals to punish the ones who are causing more traffic with their vehicles parked in the wrong place. Fed up by this, some Bengaluru homeowners have placed some quirky signs to rule away car parking outside their homes.

Bengaluru has always been in news for its never-ending and very annoying traffic. Parking is another issue that many metro cities including Bengaluru face. Agitated by this, many house owners in Koramangala, Bengaluru have posted signboards outside their homes not allowing anyone to park their vehicle. But these boards are not the normal ones, they are quirky and read  “No parking, not 5 minutes, not 30 seconds, not at all!” and the other reads “Don’t even think of parking here”. A Twitter user Aditya Morarka posted these pics on his handle.

Koramangala house owners got no chill for vehicle owners 🤷 pic.twitter.com/5BOUK1qdxh

Also Read: Anand Mahindra Is Amazed At This Dining Table That Moves Around Like A Car

The post by Aditya on Twitter went viral and netizens spoke about their take on these signboards. Some people lauded the house owners for their unique idea. One user wrote about the people who spend so much on buying a car can at least pay some bucks for proper parking instead o parking in front of someone’s house. While some criticised the move asking who gave them the legal right to not allow the vehicles to be parked.

Why do house owners think the road in front of their house belongs to them?